I painted at the Augmenting Cities: A Playful Path to Community symposium that was hosted by Niantic and the Knight Foundation at the Oakland Museum of California.

Capturing the City of Palo Alto Tree Lighting. My iPad screen was displayed on a large 80″ LED screen that everyone could enjoy watching. Several onlookers commented that this was one of the coolest things they’d seen!

An artistic interpretation of scene I saw unfold before me at a corporate reception in Washington, D.C., integrating the DC skyline and company brand colors.

Painting of the scene at a Google Holiday Party in the magnificent and historic San Francisco City Hall Rotunda. This took approximately three hours and was created using iPad Pro, Apple Pencil and Procreate app. My iPad screen image was displayed on a 46″ LED screen. Guests were fascinated to see the painting unfold and many came up to compliment me on the emerging artwork and ask about my process and tools. 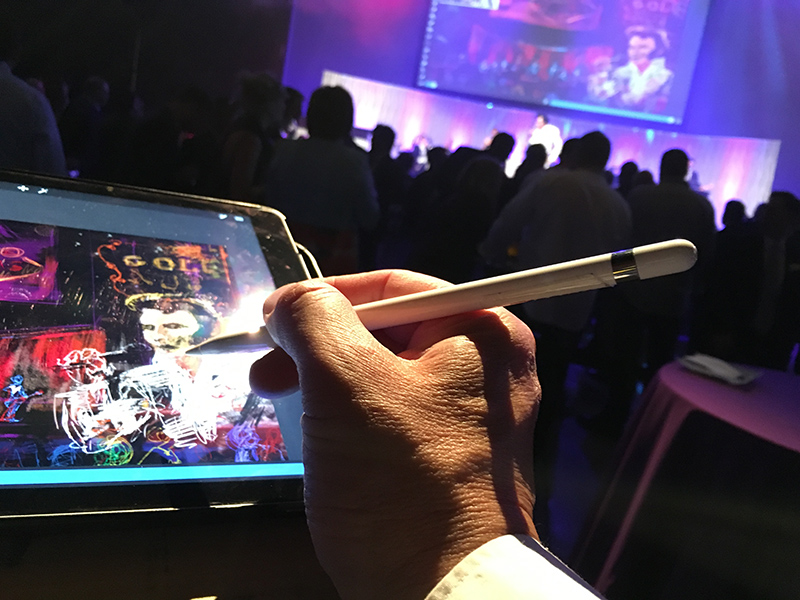 Painting the Night at a corporate event in Las Vegas. Here you see me painting on my iPad Pro at a corporate conference party as an Elvis impersonator is performing on stage, with my painting projected live on three 40′ wide by 20′ high screens above the stage.
Everything was absolutely amazing, you were such an amazing part of our success.
~ Alana C.

Painting the scene on the iPad, accompanied by live music, at a community arts festival.

Live event painting at the Grand Opening of the AT&T One Powell flagship store in San Francisco. This painting was created over the course of an entire afternoon. 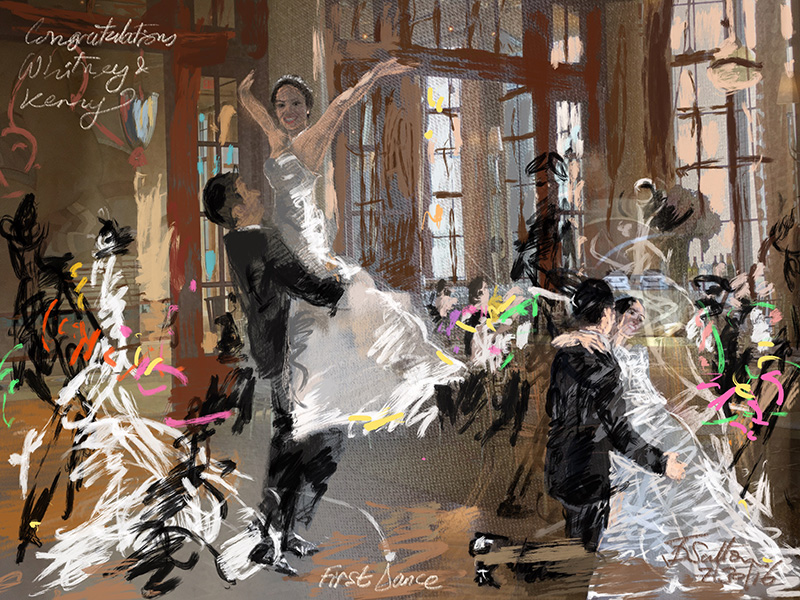 “Jeremy was a terrific addition to a large event we hosted last summer. He did a digital painting for audiences but really took the time to speak with people watching and show them his process. He was very engaged with the crowd and the other artists we had participating in the event. He was flexible with our requests and very easy to work with–accommodating, creative, and dynamic. Jeremy was a wonderful addition to our event!” ~ Katy C., Smithsonian American Art Museum, Washington D.C.

I can paint an event scene live and work on my digital canvas continuously throughout the event as guests and attendees see the painting unfold, transform and develop. At the conclusion of the event the client can have a digital file of the final artwork, plus a replay movie of the process, all of which they can share with attendees and use on their web site et cetera. I can also print out in my studio a beautiful fine art pigment print on canvas of the final artwork for the client to hang on the wall. I am flexible with the tools and technology I use.

“I worked with Jeremy for Toronto’s Scotiabank Nuit Blanche, we flew him to create digital artwork that was displayed on a 100 foot LED wall. He created amazing pieces of art of Toronto and landmarks. He is amazing to work with, so gracious and accommodating. I will definitely call upon Jeremy again if I need a digital artist.”
~ Mary P., MPossible Events

Comment by visitor to Nuit Blanche:
“Between the Earth and the Sky was the theme of the (Nuit Blanche) night and you fulfilled the mandate perfectly! It was a wonderful example of the meeting of the earth, up to date technology, and the heavens, the inspiration for fine art. It was a delight to see the classical art of fine drawing and it’s contemporary digital application. It was also one of the most successful installations of the whole event in my opinion. You lit the night sky with those fabulous, bright screens in an avenue of radiant colours. Congratulations.”
~ Julian M.

…and traditional media too! 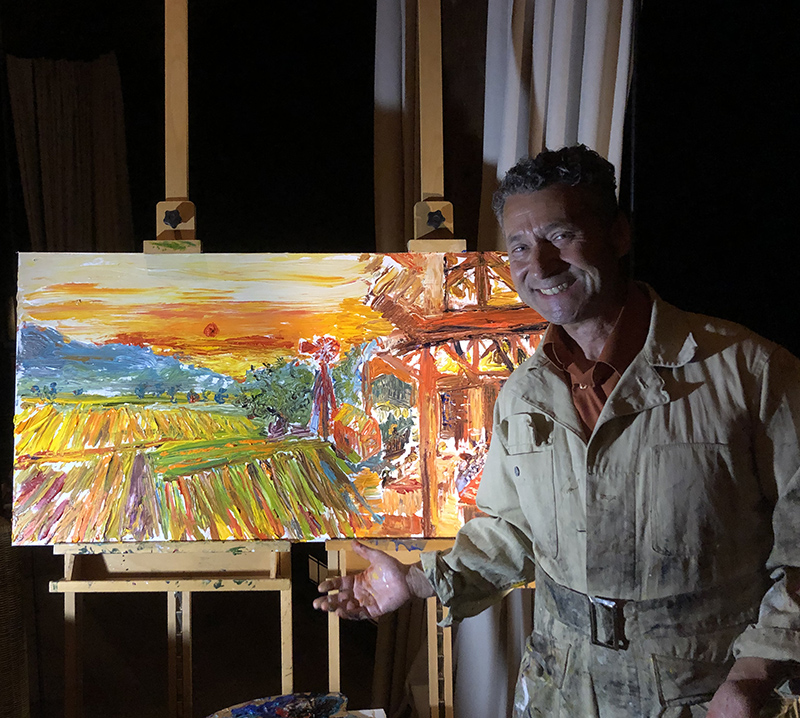 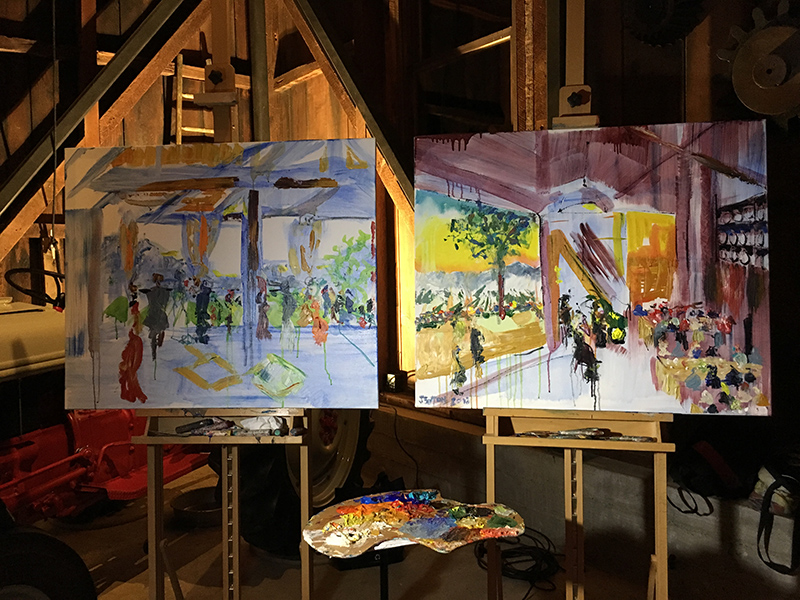