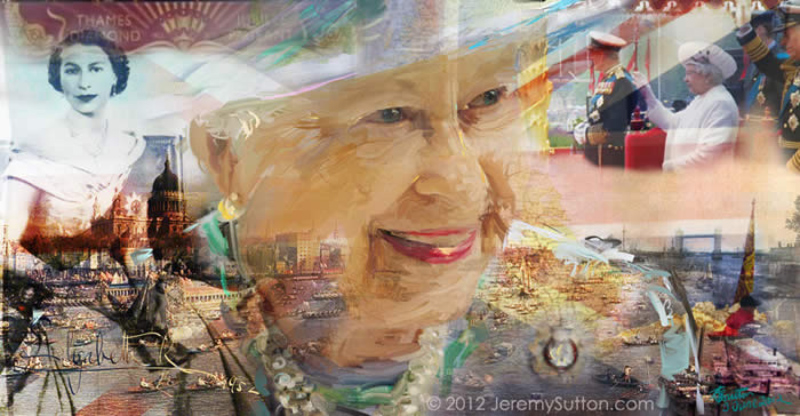 This portrait was created on the morning of the Queen’s Thames Diamond Jubilee Pageant on June 3rd, 2012. The pageant, celebrating 60 years on the throne at that time, was the largest flotilla on the River Thames in 350 years. The main portrait is based on a photograph by Lewis Whyld taken during a 2012 visit of the Queen to Canada. Scenes from the Jubilee Pageant festivities are incorporated into the painting, plus the painting “The River Thames with St. Paul’s Cathedral on Lord Mayor’s Day” (1746) by Giovanni Antonio Canaletto, which acted as a visual inspiration for the flotilla. The image on the left shows the Queen at the time of her Coronation in 1952.

With condolences to her family on her passing.