Posted by jeremysutton on Jun 21, 2022 in Uncategorized | No Comments 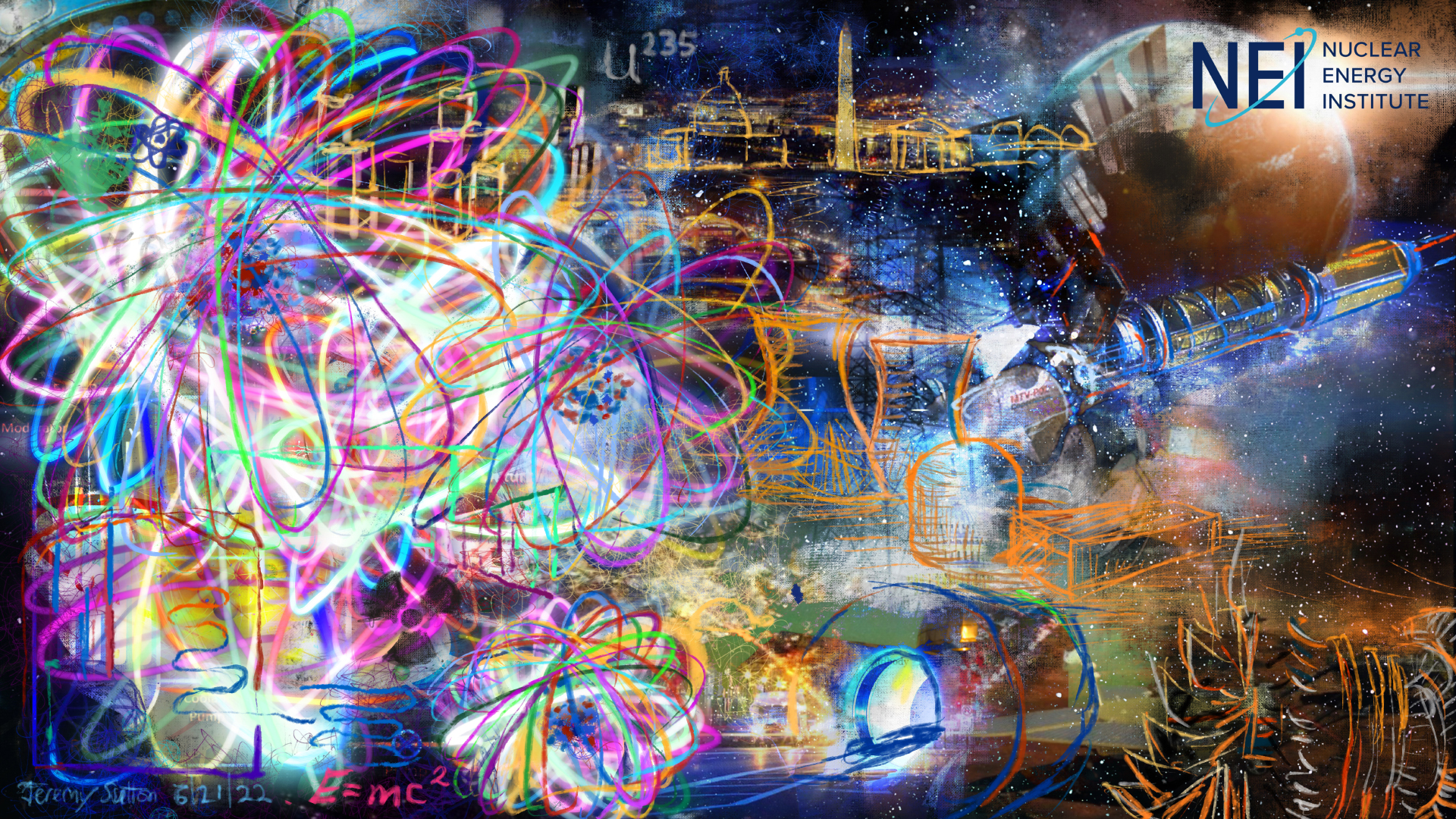 This painting was created live for the Nuclear Energy Institute (NEI) at their Nuclear Energy Assembly Special Event, Art Imitates Energy, which was held in The Robert and Arlene Kogod Courtyard of the Smithsonian’s National Portrait Gallery, Washington, D.C..


The painting, a virtual mural displayed in real time as it was created on a 12′ x 6′ LED screen visible throughout the magnificent courtyard, was an interactive creative project based around the theme of the many and varied peaceful uses of nuclear energy. I started at the atomic level and invited guests to choose their favorite colors for the colors of the electrons circulating around the Uranium atoms I depicted. Thankfully each Uranium atom has 92 electrons so I didn’t run out of them!


I then added motifs, sometimes assisted by guests with ideas and suggestions, that ranged from nuclear reactor buildings (such as the cooling towers, reactor building, turbine building) and components (the turbine and fuel), the fission reaction and nuclear plant workflow schematics; to the transfer of energy through power lines; Washington, D.C., lit up at night; medical applications of nuclear from whole body scanners to radio-isotope scans and radioimmunotherapy (RIT); all the way into space with NASA’s proposed spacecraft enabled by nuclear thermal propulsion.


Here are some photos from the event: 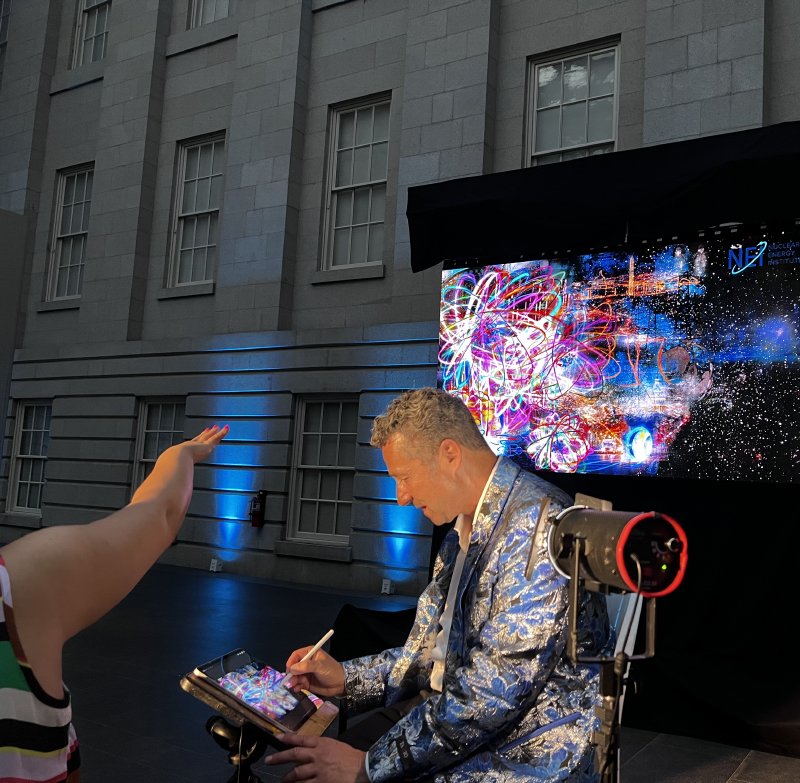 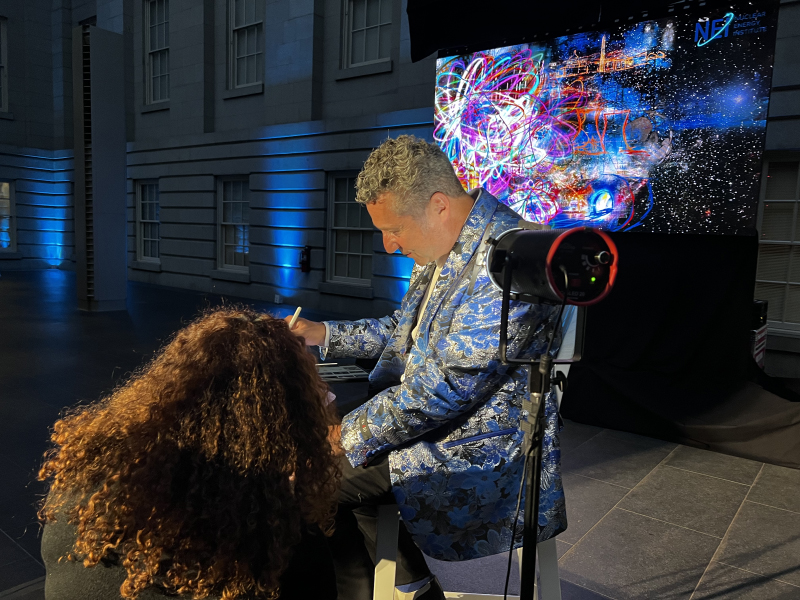 Big thank you to the staff and organizations of the Nuclear Energy Institute (@nuclearenergy), Skylark Creative Group (@skylarkcreativegrp) and the Smithsonian’s National Portrait Gallery (@smithsoniannpg). Great working with you!