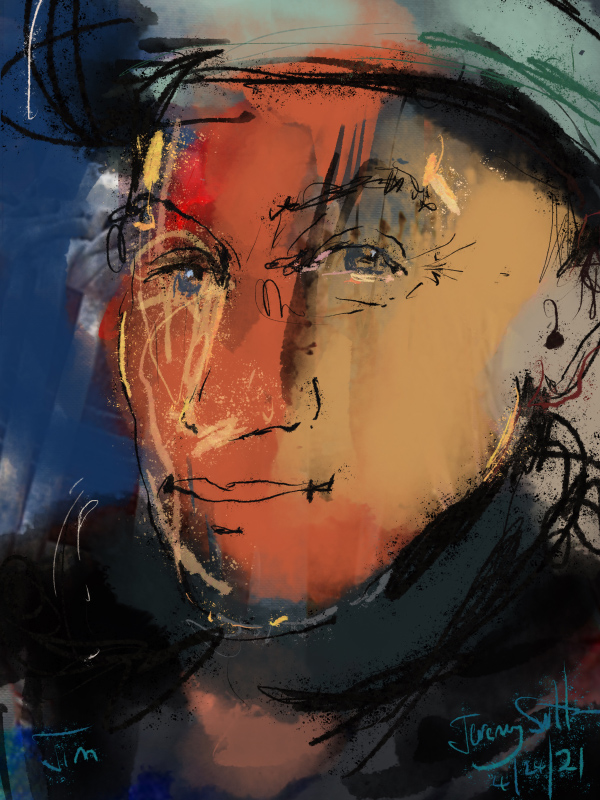 This was drawn the first time I met Jim, a musician specializing in the Indian instrument called the tabla. The light was catching his face at an outside parklet of a San Francisco Marina district restaurant.

Benjamin was one of the musicians who played at my recent Spring Open Studios. He sat down at the mini-grand in my studio and just let the music flow out him.

Paul sat in my studio (I was showing him my Piano Indigo painting) when I noticed the strong rim lighting and quickly made this sketch to capture the lighting. 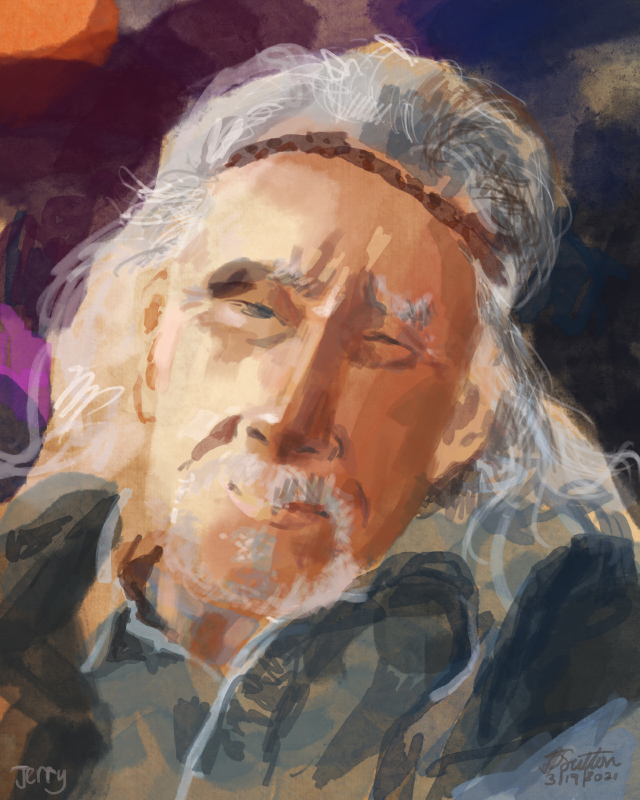 Jerry visited my studio. He’s blind and he touched the surface of my large Piano Indigo painting before it shipped to a client. I shared with him what was on the canvas as he followed the keyboard and forms of the composition.

All four portraits were created directly from life using the iPad Pro with Apple Pencil and Procreate app.