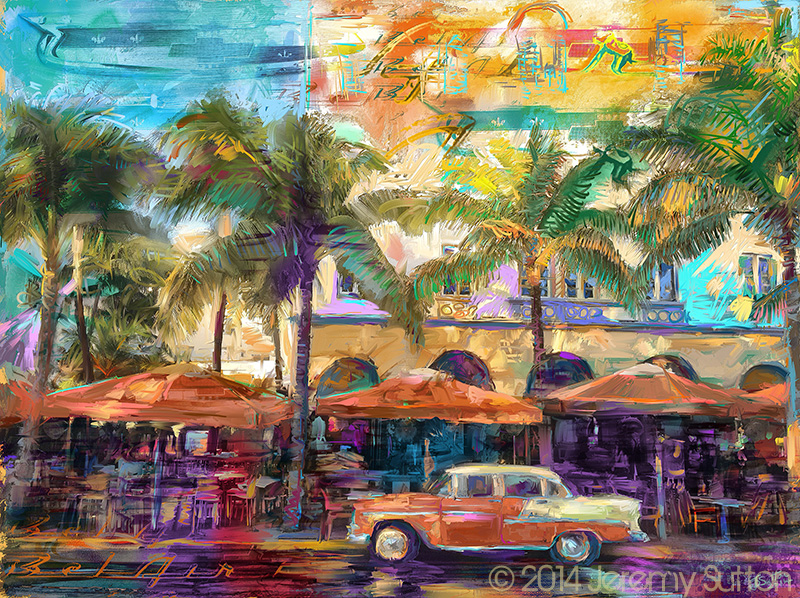 Breakwater Chevy
2014, 36″x 26″
This painting depicts a 1955 Chevrolet Bel Air parked outside the historic Esplendor Breakwater Hotel at 940 Ocean Drive in South Beach, Miami. The hotel was built in 1939 in Art Deco / Mediterranean style. I was inspired by the relationship between the style and colors of the classic car that was parked outside the hotel every day and the building and palm trees behind it, and the play of warm yellow light that filtered through the trees onto the hotel wall. There were usually so many modern cars parked alongside the Chevy that in the end I got up very early one morning and caught the scene when only the ’55 Chevy was parked there…