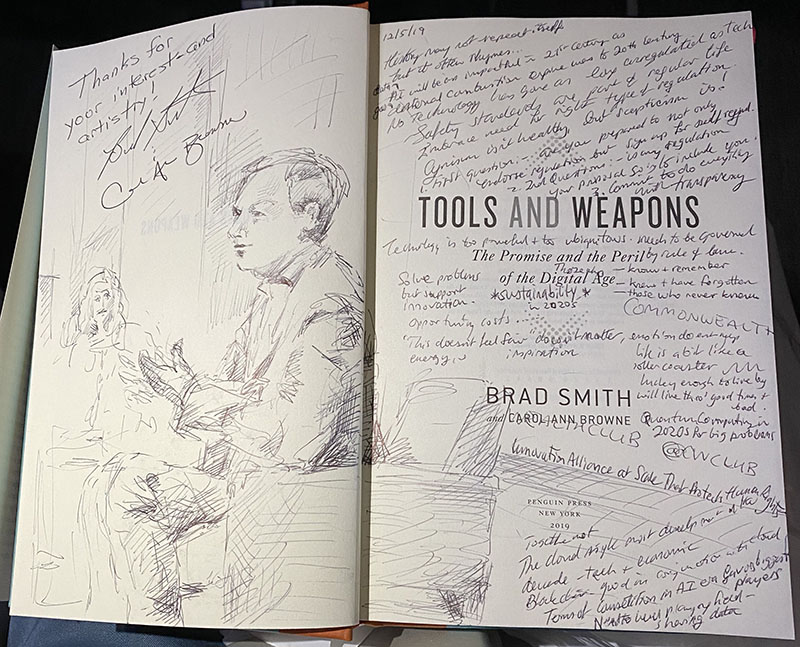 This portrait was drawn as Microsoft President Brad Smith was in conversation on stage at the Commonwealth Club with journalist Molly Wood, Host and Senior Editor, “Marketplace Tech”, about the new book he co-wrote with Carol Ann Browne titled “Tools and Weapons: The Promise and Peril of the Digital Age”. As you can see I combine my book sketches with notes about what I am hearing. It was a fascinating and thought provoking conversation. 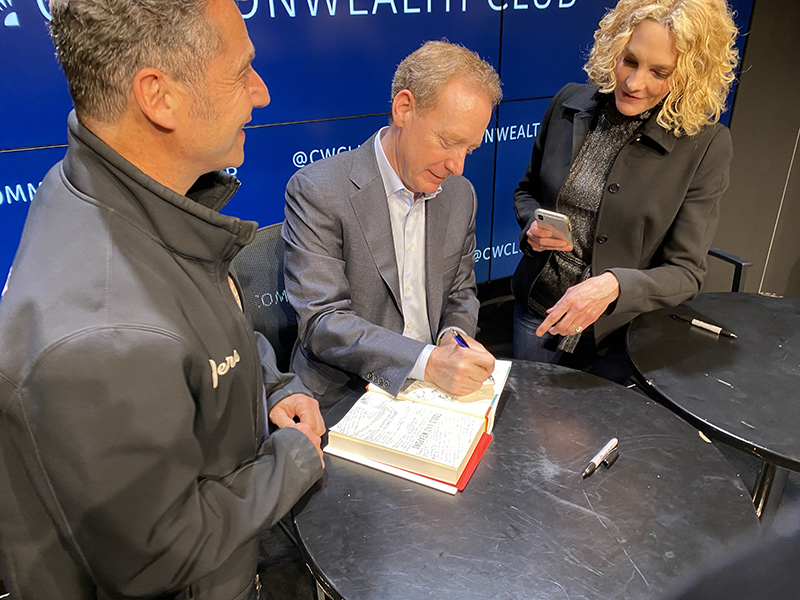 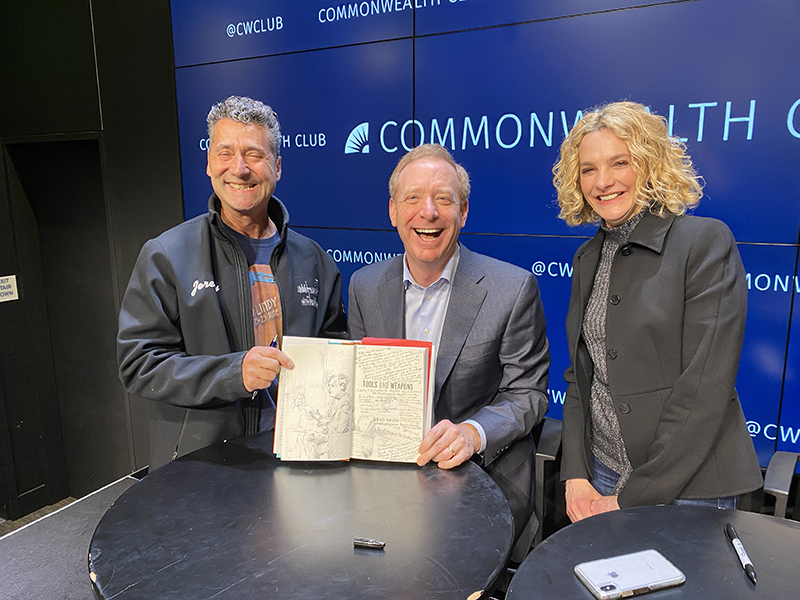 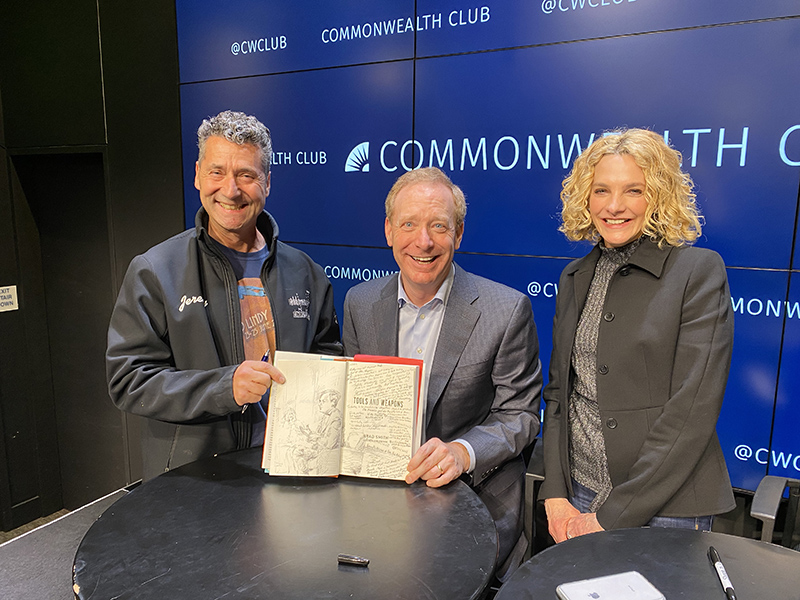 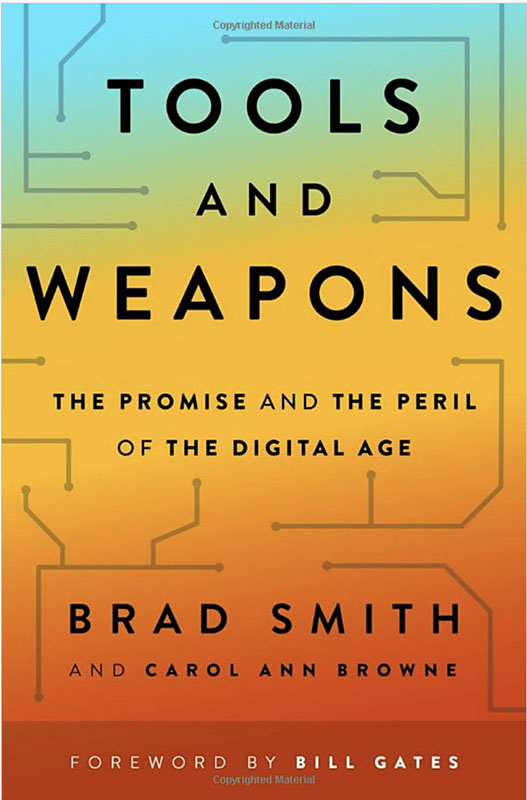 Addendum: A few days later, on December 8th, 2019, I left the signed book in the magazine pocket at seat 6B on the Alaska Airlines flight 627 from JFK to SFO (Alaska Airlines Lost Item Report Number 1473175). I followed up two days after losing it by visiting the Alaska Airlines Baggage Office in SFO, showing them a picture of the book cover. One of the Alaska agents, Theresa, disappeared for a minute and then, hey presto, reappeared with the book!!!:-)) Thank you Alaska staff!! 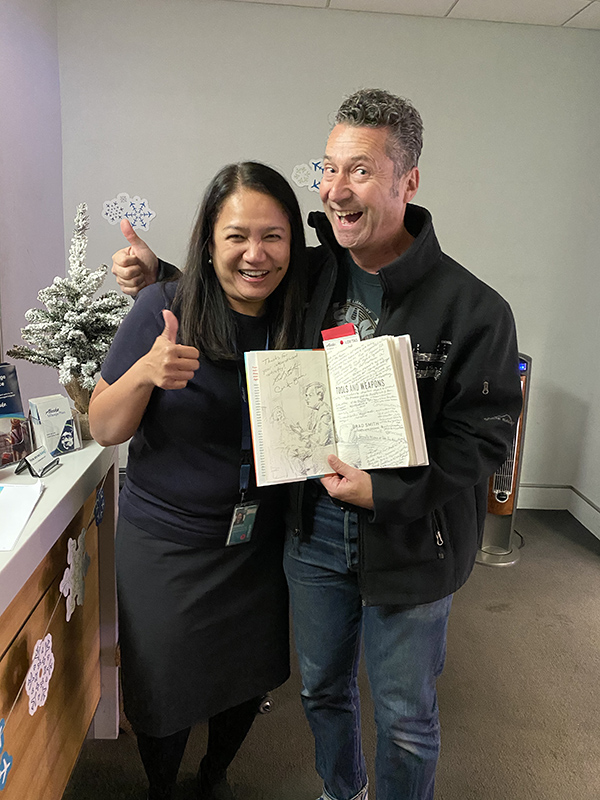