Posted by jeremysutton on Jul 22, 2006 in Uncategorized | No Comments

Renel Brooks-Moon is the announcer for the San Francisco Giants baseball team, the only female announcer in the Major League Baseball, and former KISS FM radio personality. The portrait shown in this photo at Renel’s birthday party was created as part of my San Francisco Bay Area Women of Style series (an ensemble of seventeen portraits) that was exhibited at the Nordstrom San Francisco flagship store couture department in 2006. 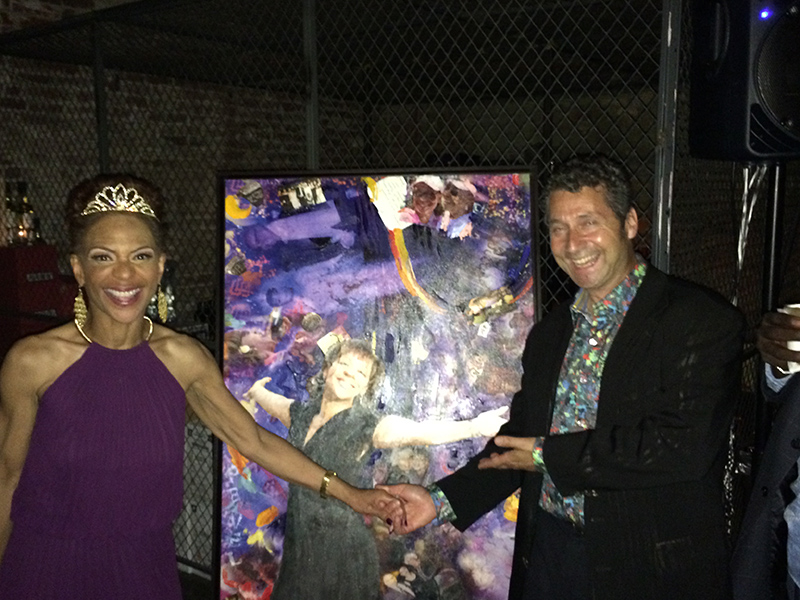 Renel and I with her portrait at her birthday party 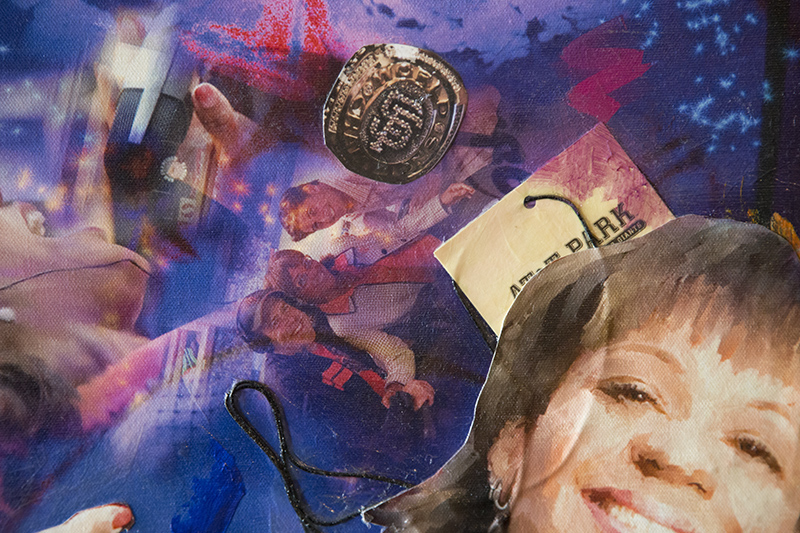 I have been working on Renel’s portrait for many years, periodically revisiting it and adding, for instance, her latest Giants’ World Series rings!