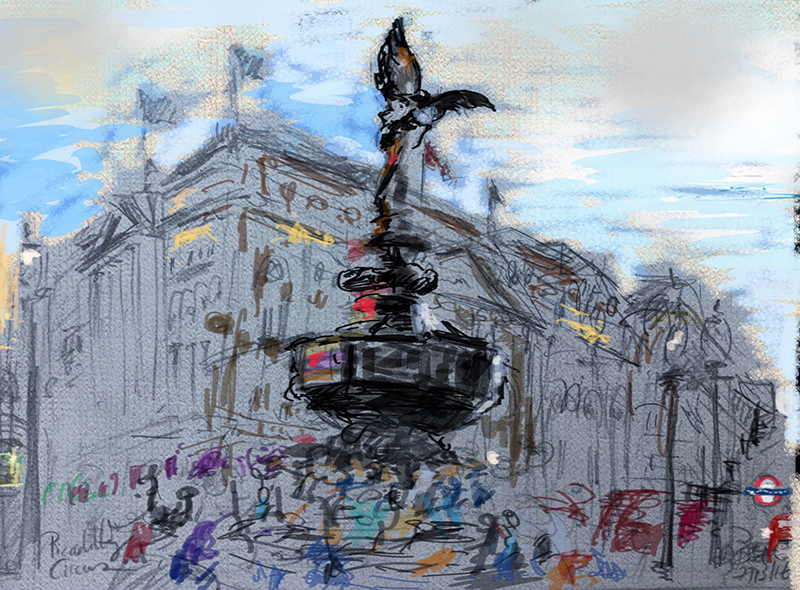 Jeremy Sutton, Piccadilly Circus, 2016, iPad Pro, Apple Pencil, Sketch Club
If you’re interested to learn how to draw and paint using this amazing combination of tools, I am teaching an “Inspiration From the Masters” iPad Art Workshop in San Francisco, April 28th to May 1st, 2017.

The subject of this drawing is Piccadilly Circus in central London, a circular road junction and public space built in 1819 to connect Regent Street with Piccadilly. This iPad drawing was created directly from life, en plein air, as I leaned on a junction box at the edge of the pavement surrounding the Shaftesbury Memorial Fountain (built on Piccadilly Circus in 1893 to commemorate the philanthropic works of Lord Shaftesbury and in which the central sculpture, “The Angel of Christian Charity”, is of the Greek god Anteros, who is generally mistaken for his brother Eros). I started off with making a quick pencil study in my sketch book, photographing that sketch and starting off with it as my background in the app Sketch Club on my iPad Pro. The rest of the drawing was completed digitally.

Here is the replay video showing how the digital portion of the drawing process progressed from start to finish:

And here is what the scene looked like as I drew the initial study on paper in my sketch pad (non-digital kind) and then continued the process on my iPad Pro with an Apple Pencil and the art app called Sketch Club. 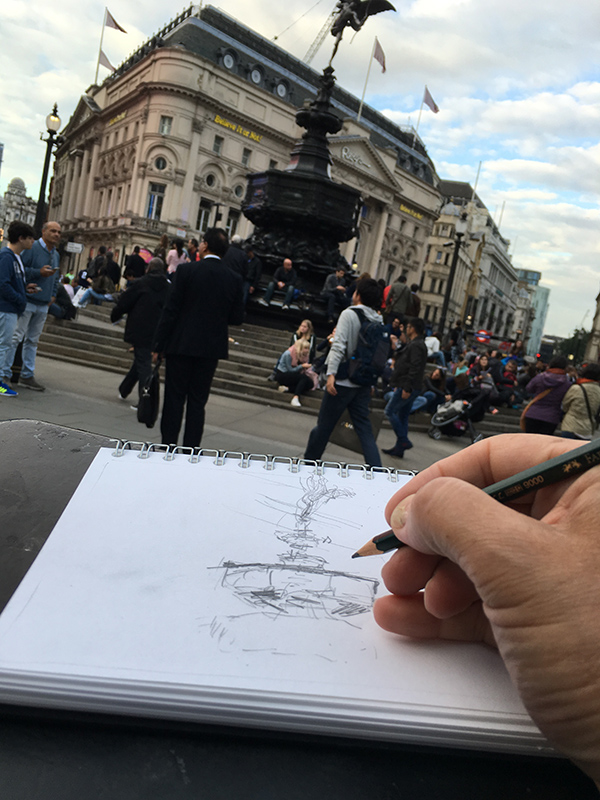 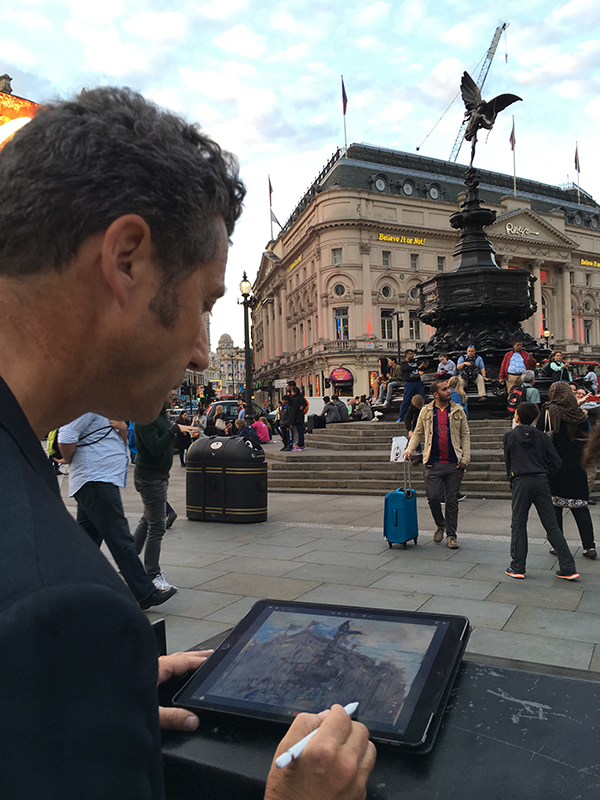 Interestingly enough the famous Piccadilly billboard lights that you see in the background of these photos and the video are now blacked out, never to be seen in their old form again. As you can read in this CityA.M. article, they are being replaced with a brand new single curved (and much higher 4K resolution) advertising hoarding known as “The Curve”. 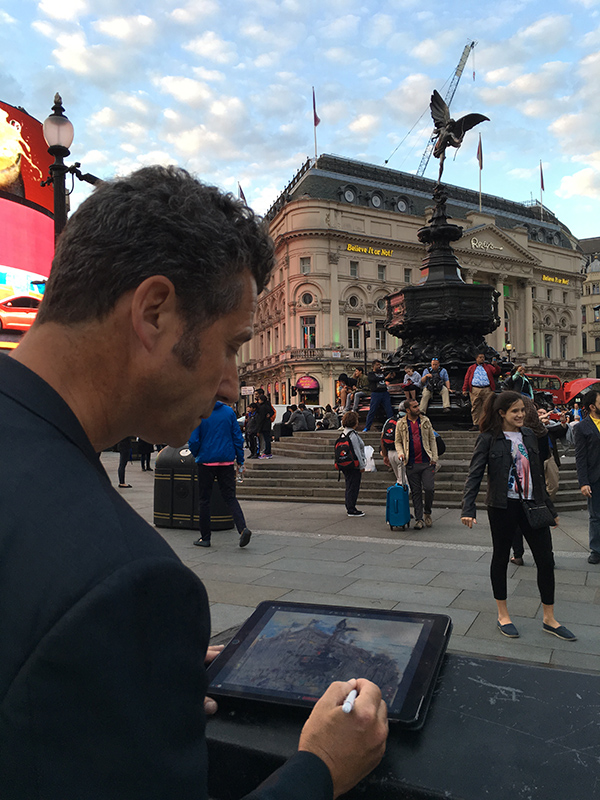 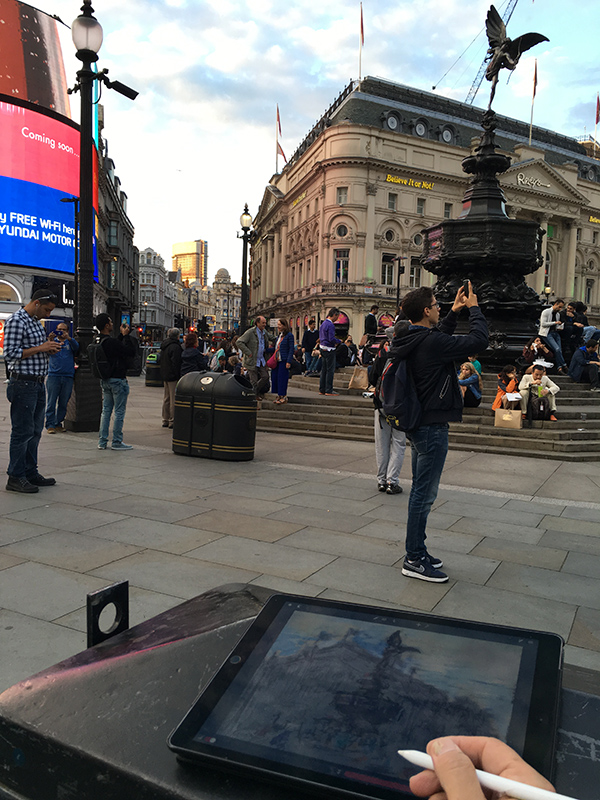 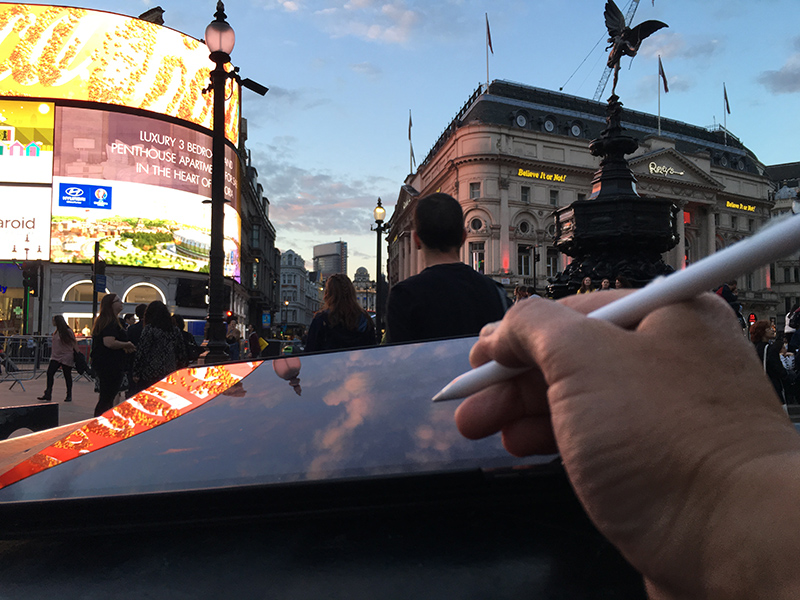 These screen shots (below) show some of the layers and brushes used in the digital part of the creative process within the Sketch Club app on the iPad Pro: 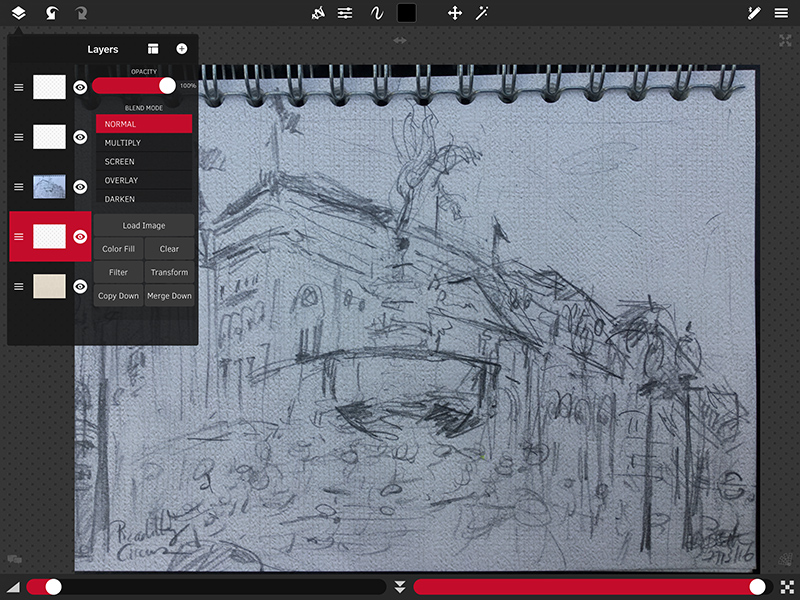 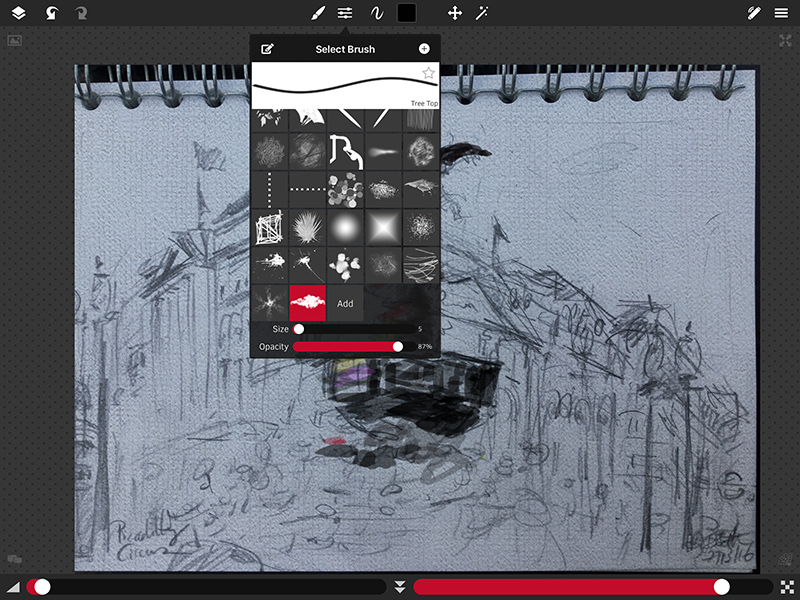 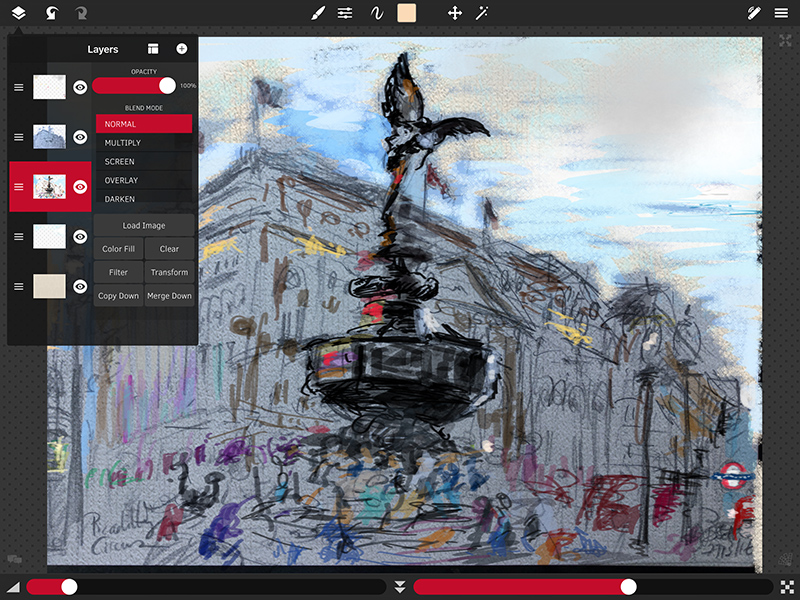 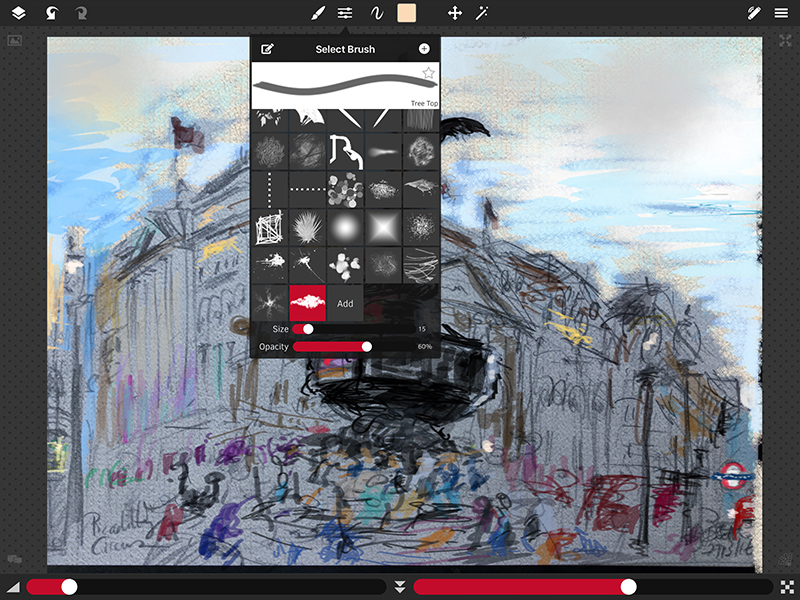