Painting the Scene & Awardees at a Fundraiser, Washington D.C.

Posted by jeremysutton on Nov 5, 2022 in Uncategorized | 2 Comments 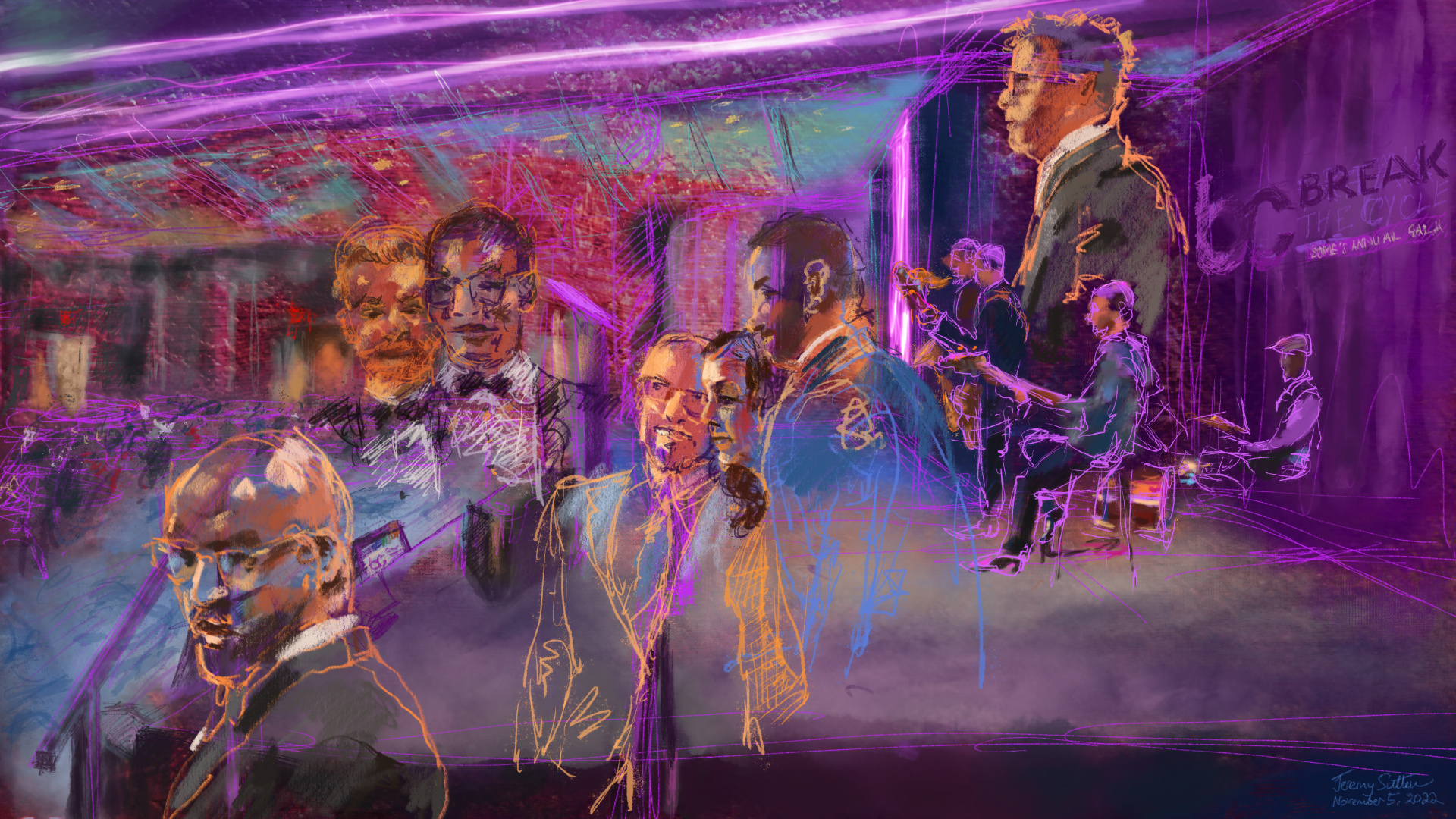 This painting was created live at the S.O.M.E. Annual Gala in Washington D.C.. As you can see I captured the scene from the side of the stage, including the live band and all the awardees honored during and after the Gala dinner.


My digital painting, created live on an iPad Pro using the Procreate app and an Apple Pencil, was projected on multiple large screens in the main ballroom as well as outside the ballroom in the vestibule where the pre-dinner reception took place. 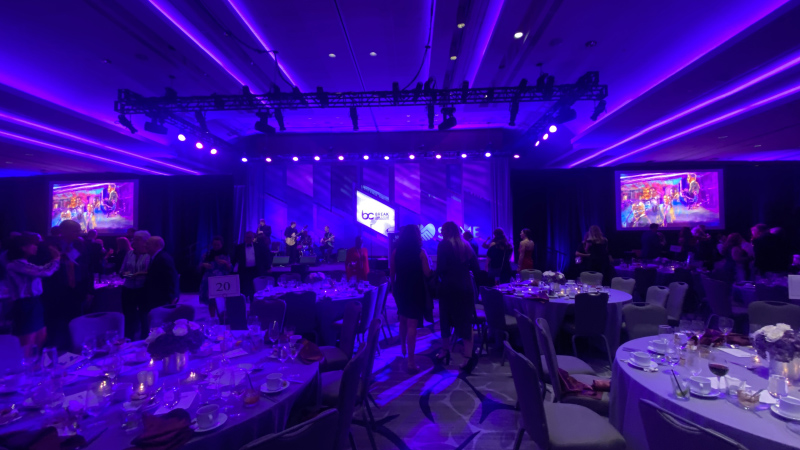 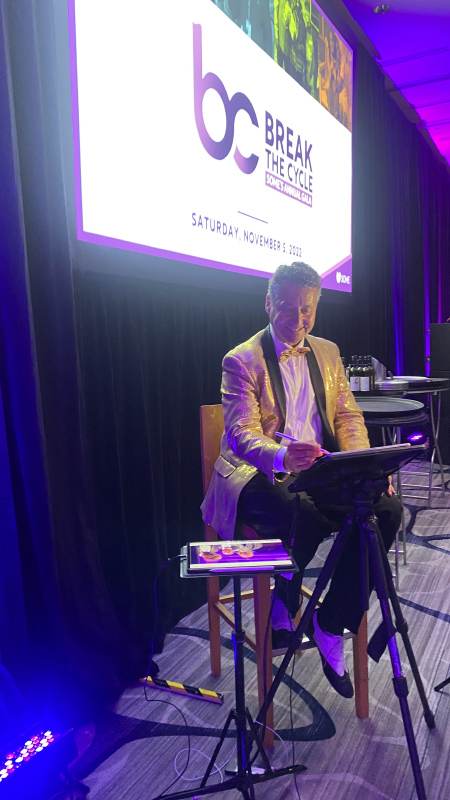 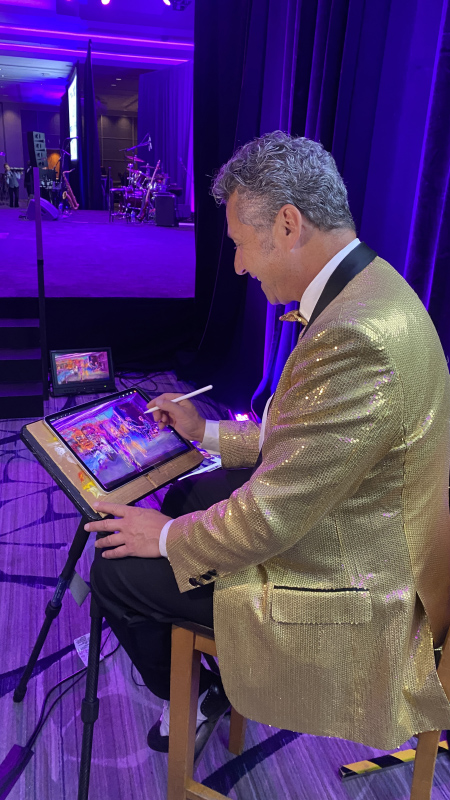 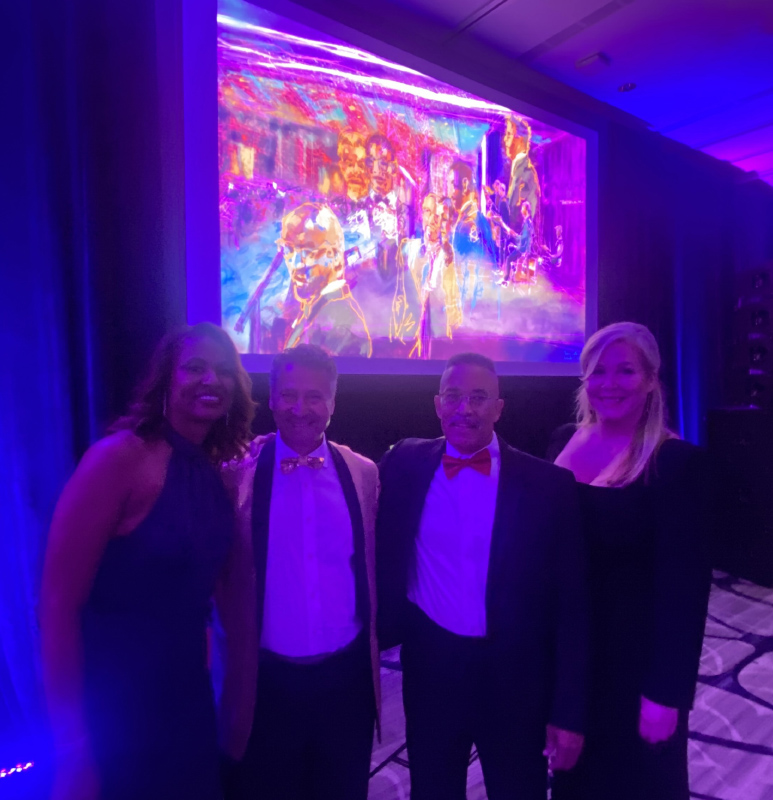 Congratulations to S.O.M.E. on the great work they do in providing food and services to those in need.