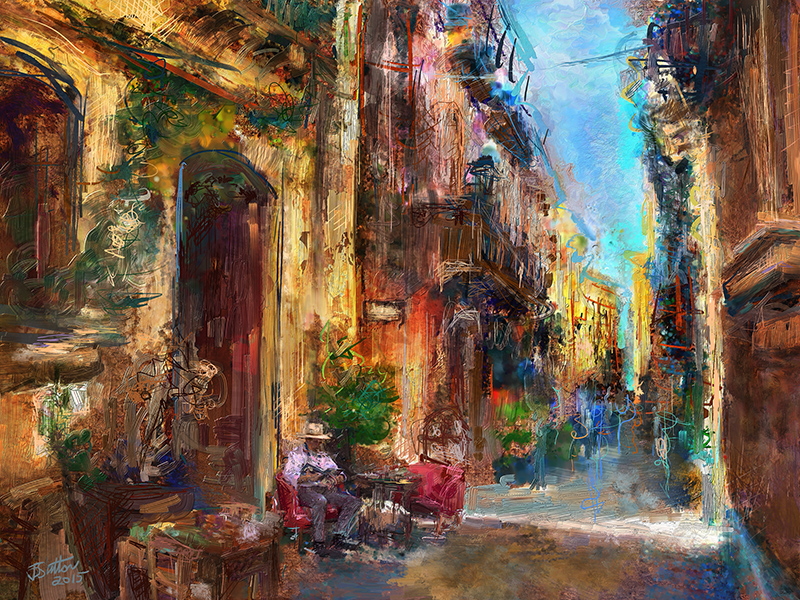 This painting depicts a scene I saw in one of the beautiful picturesque alleys of the ancient city of Ortigia, Siracusa, Sicily. It was created as part of a teaching demonstration for my Painter 2016 In-Depth Photo-Paint Workflow video tutorial (for PaintboxTV members). The inspiration of Sicily has led me to organize an iPad sketching workshop there: Sketch Sicily 2016.