Posted by jeremysutton on Jun 14, 2017 in Uncategorized | No Comments

This video shares samples of some of the artworks I created when I was invited to draw live iPad portraits of VIP Influencers in the Sonnet VIP Hospitality Station at the MURAL Festival 2017 in Montréal, Canada. You’ll get a sense of the incredible creative energy and atmosphere. Each portrait subject received a digital copy of their portrait immediately on completion, plus a time-lapse replay of the process. I’ve included the Influencers’ social media handles in the video and listed them below for convenient copy and paste. Check their wonderful Instagram feeds! 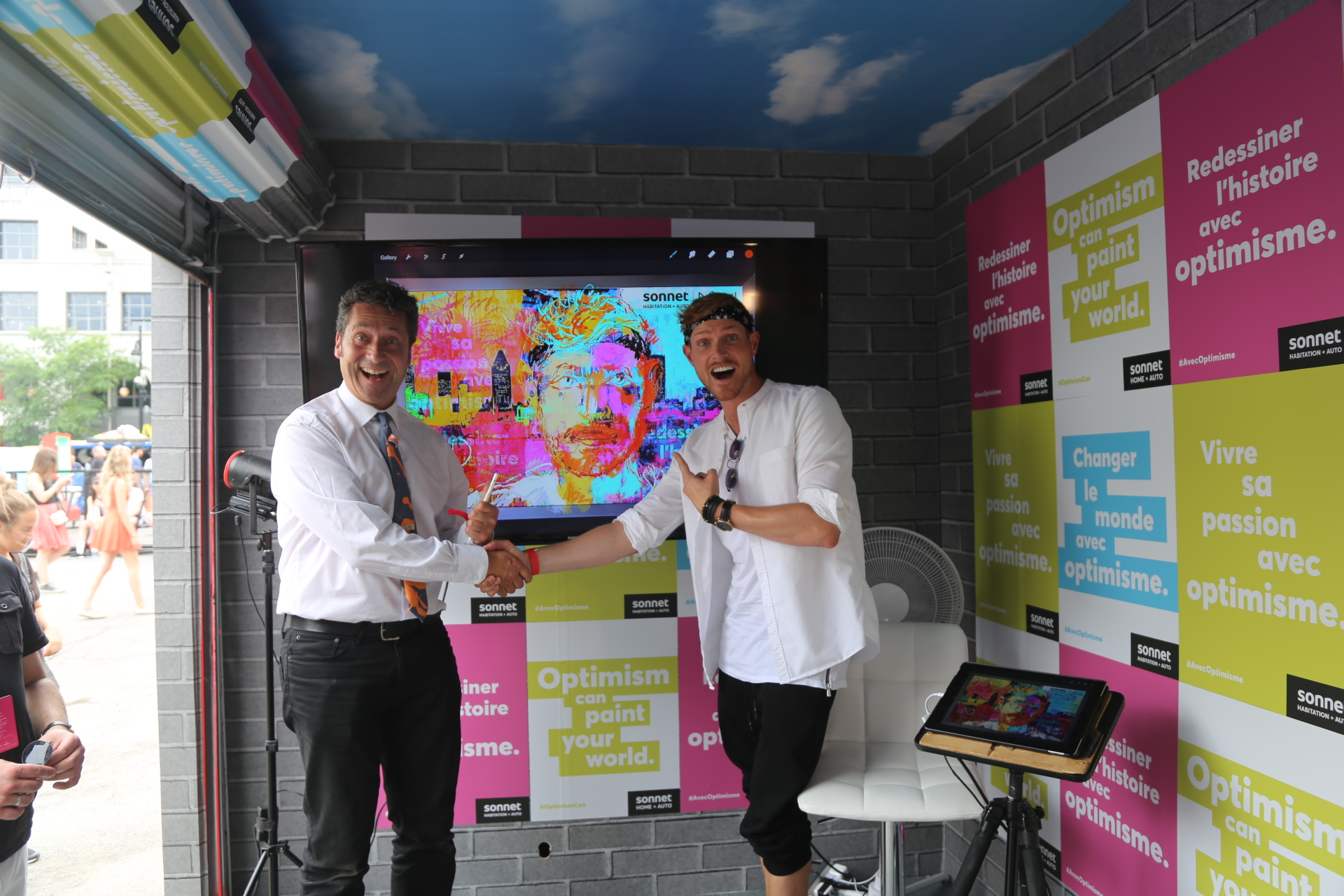 Jeremy and P.O. with P.O.’s portrait!

Here are the portraits in the order they appear in the video, with the social media handles of the VIP Influencers: 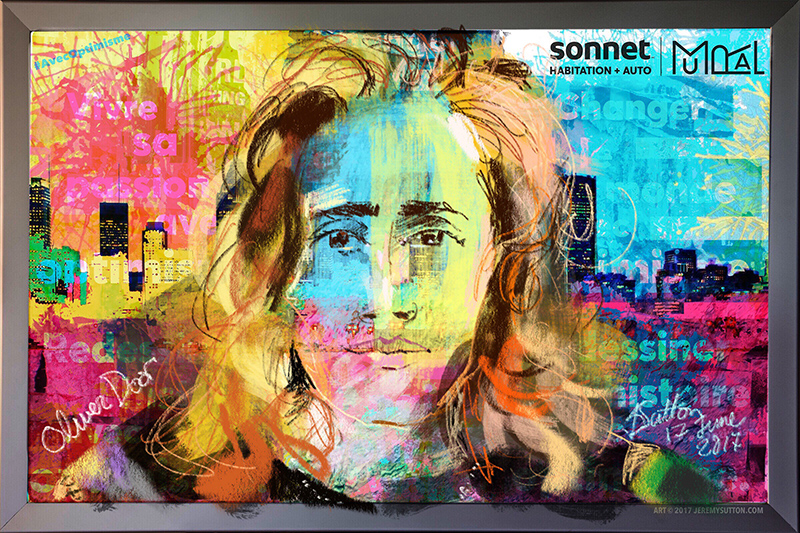 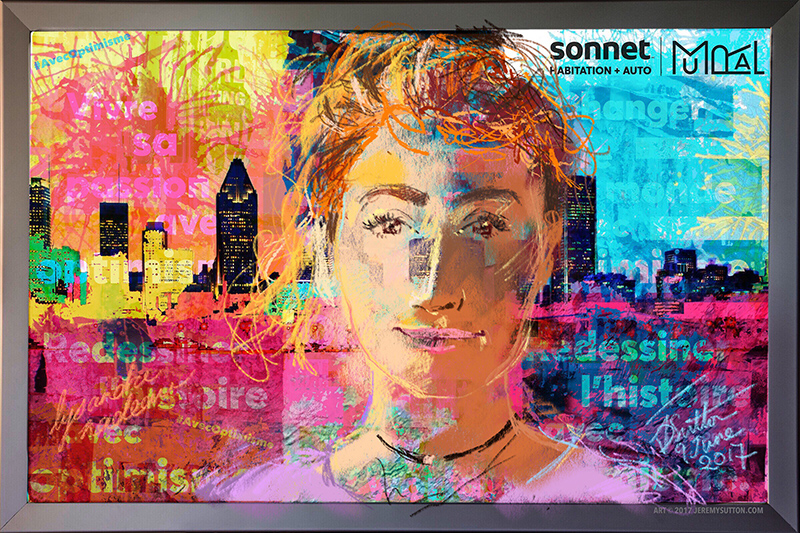 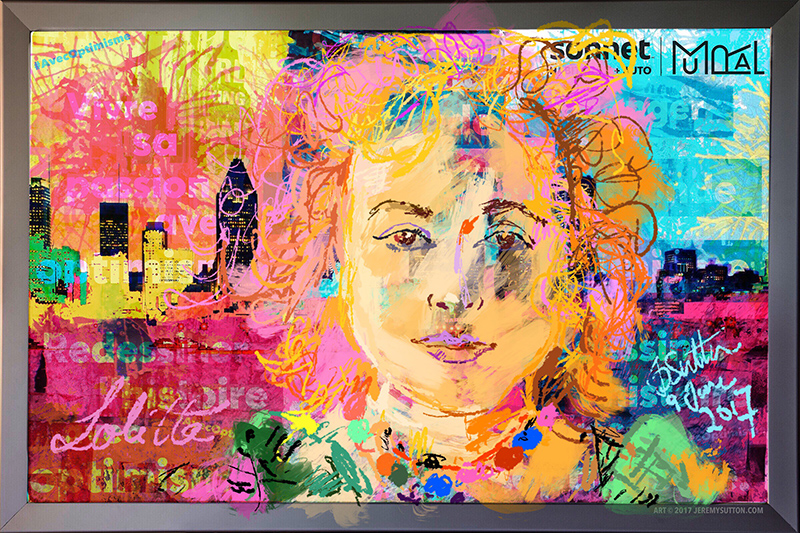 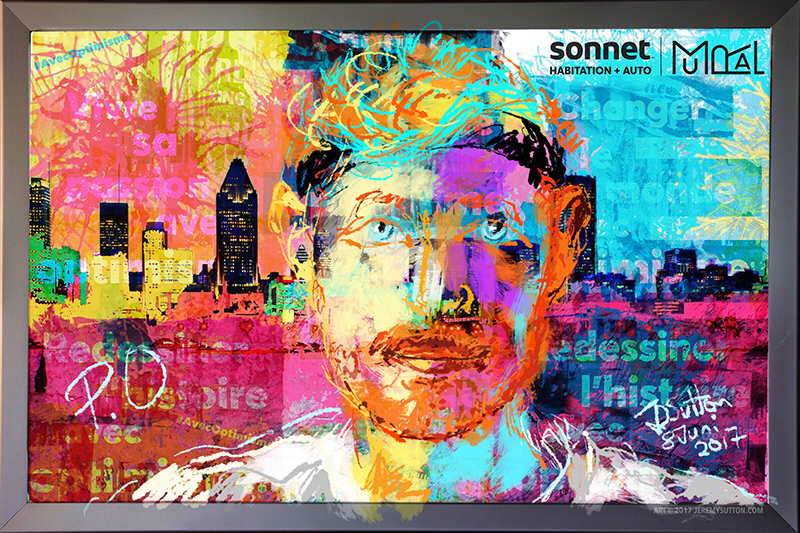 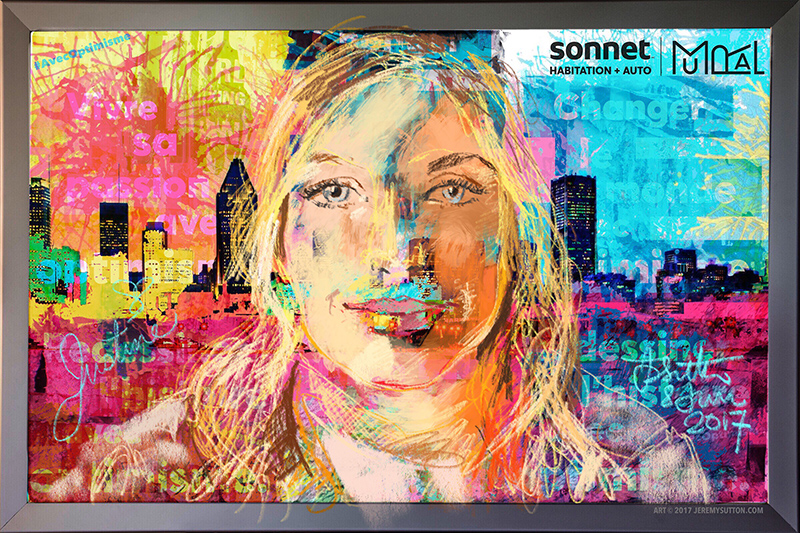 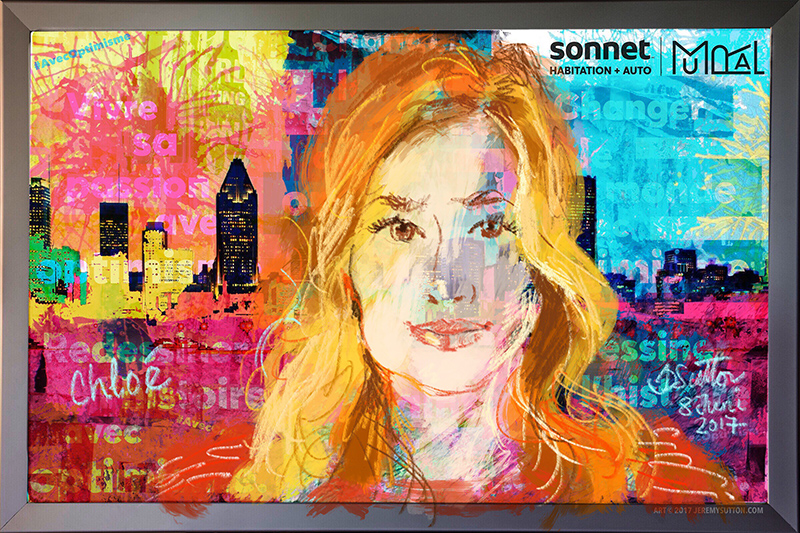 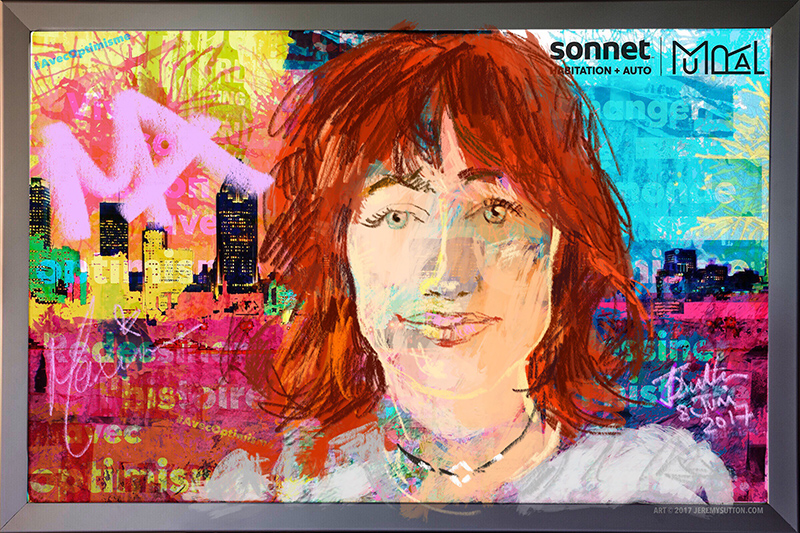 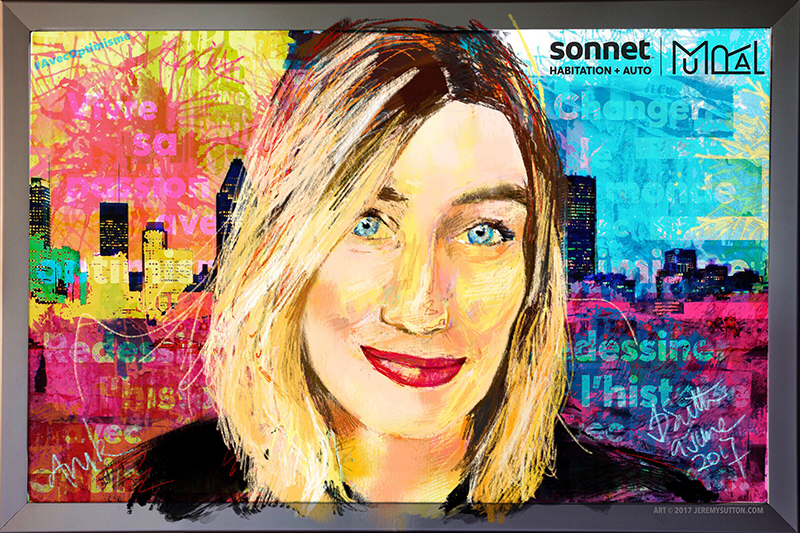 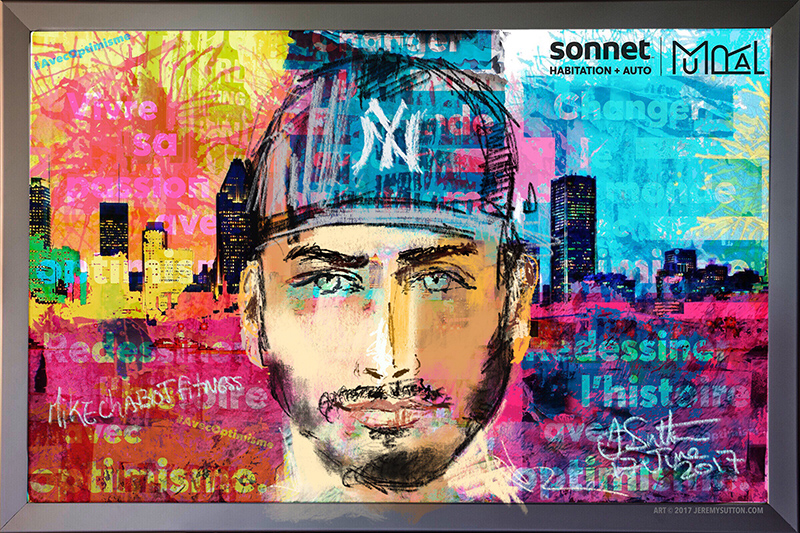 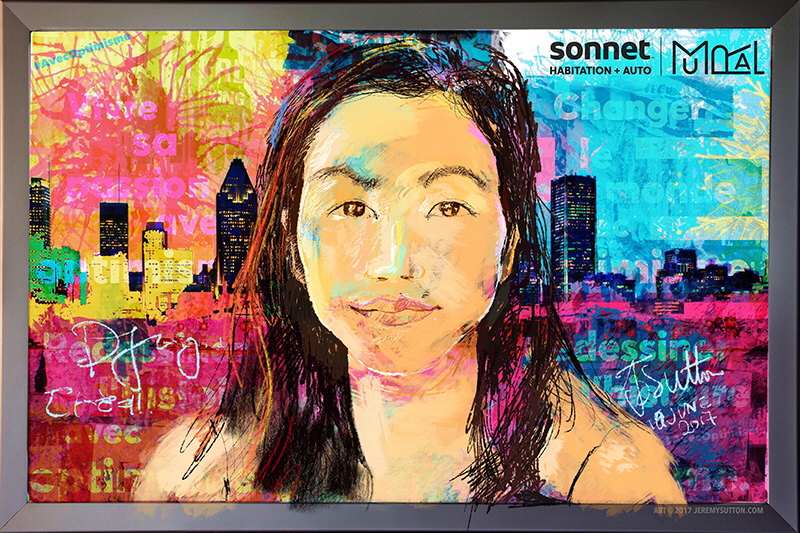 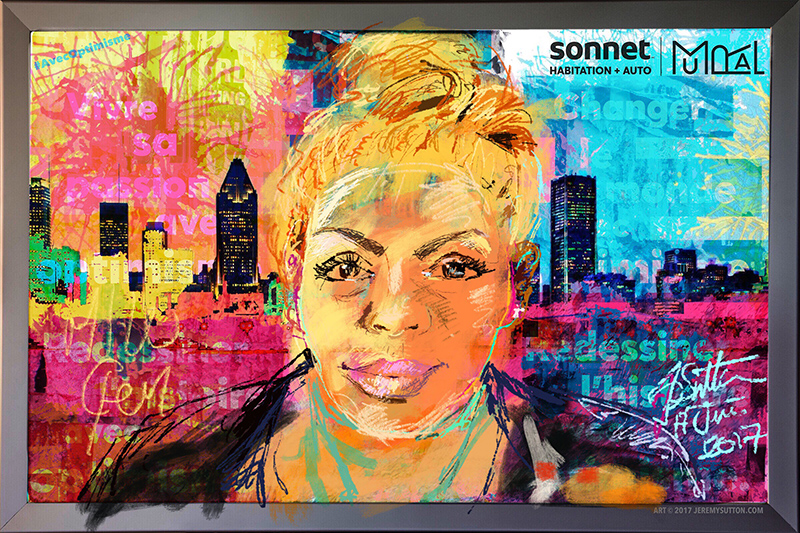 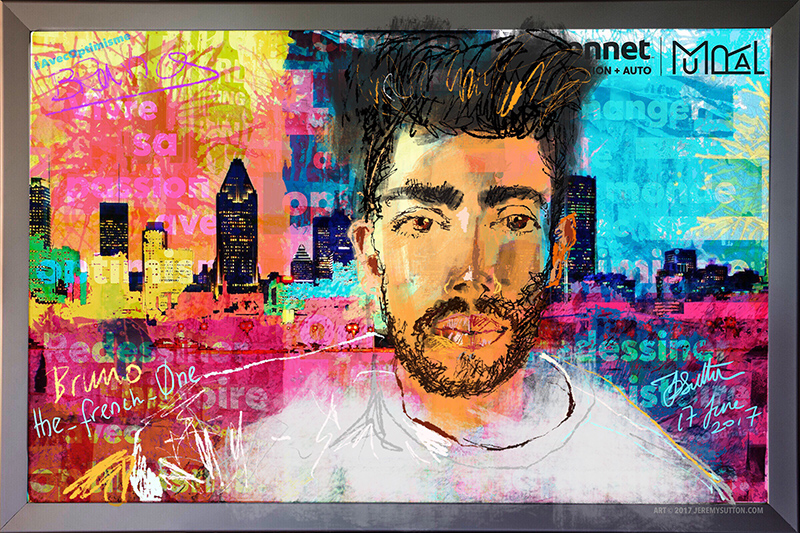 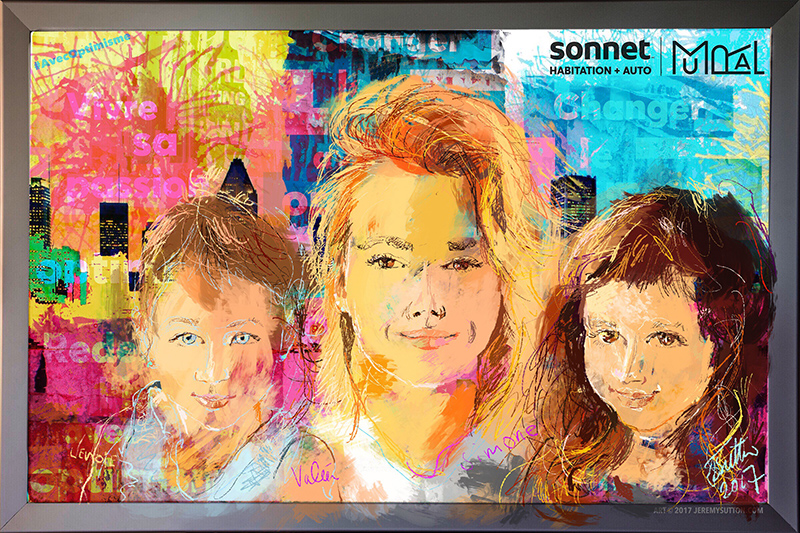 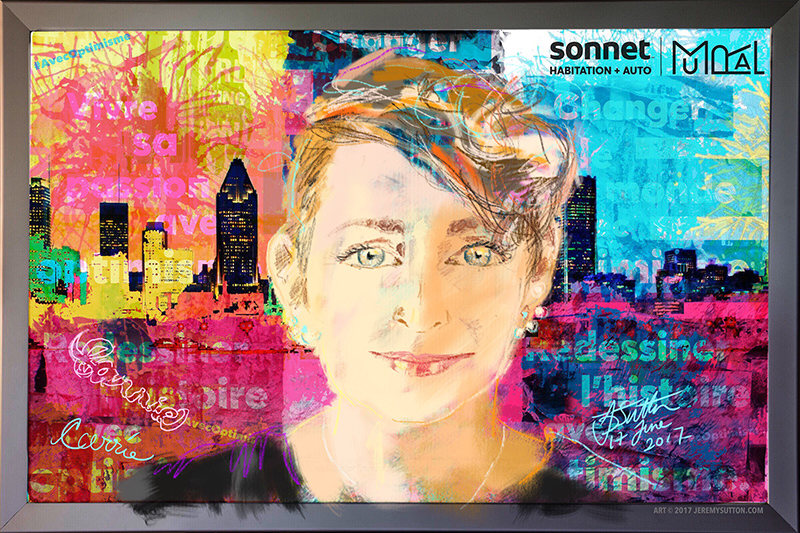 In preparation for painting these portraits I created a custom background to paint over. The background included elements of the Montréal skyline and used client-specified colors. Besides being the background of my portraits, it was also used at the event as a photo backdrop. You can see examples of the photos posted with this background by looking at the #OptimismCan and #AvecOptimisme hastags on Instagram. 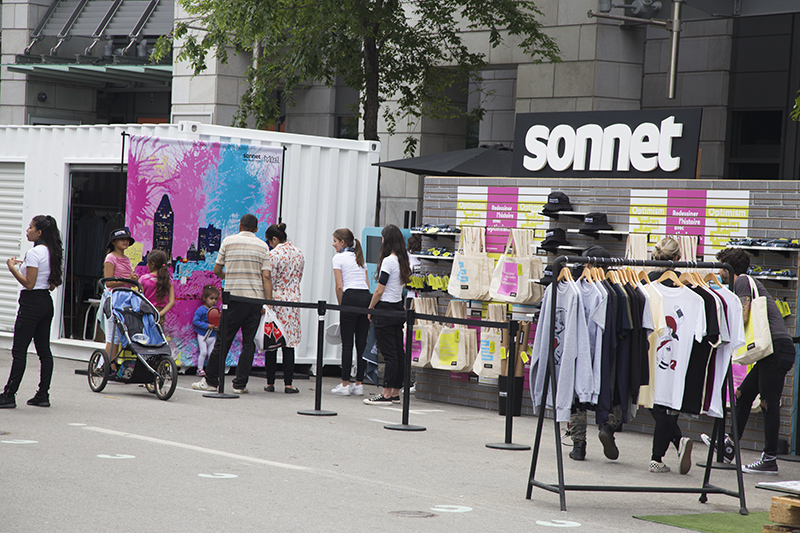 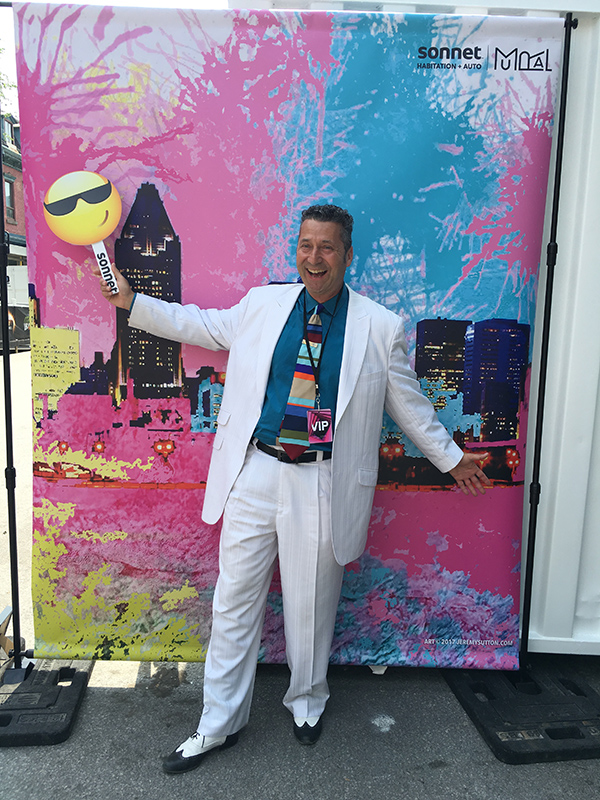 A big thank you to the entire Sonnet team and partners who were such a pleasure to work with, and to all the wonderful subjects who kindly sat for their portraits during the MURAL Festival.