The Story in a Painting 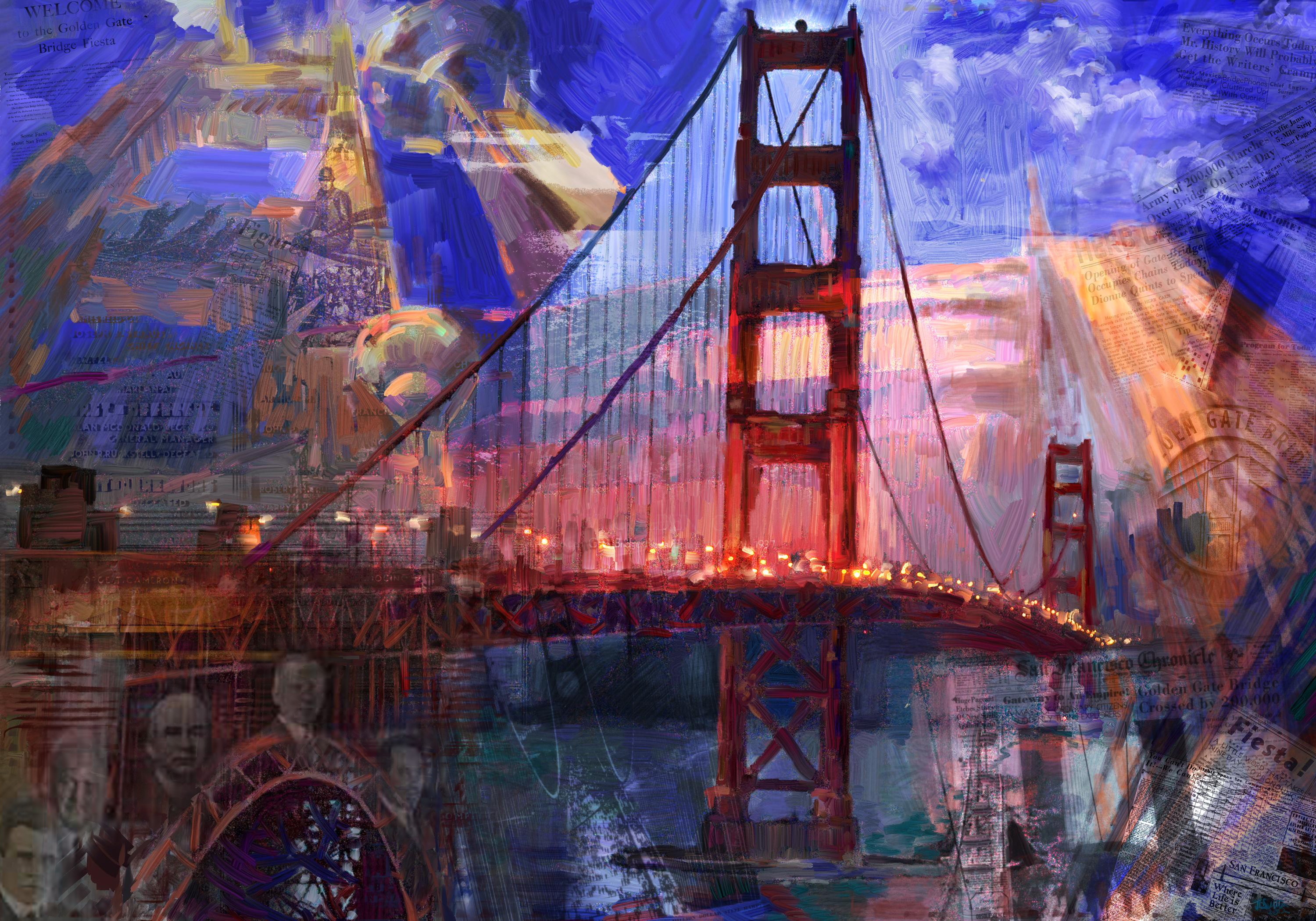 This painting is a tribute to the vision, determination, skill and sacrifice of the many people we have to thank for this magnificent icon. In the lower left corner of the painting you will see the faces of five important players in the creation of the bridge. From left to right:

The workers who toiled above and below the treacherous waters are represented in the mid-left section of the painting. Throughout the artwork are newspaper clippings from the San Francisco Chronicle published on May 27th, 1937, the day the bridge was opened to the public, and the subsequent two days. The opening of the bridge was accompanied by a parade and a city-wide “Fiesta” featuring multiple celebrations, events and venues. The Fiesta program is included in the artwork.

This painting is a one-of-a-kind original artwork in the collection of the artist. It is available for sale. It has previously been publicly exhibited at the GGB75 Soirée and at the Embarcadero Conference Center, both in San Francisco.