Insights Into (and Under) the Oceans 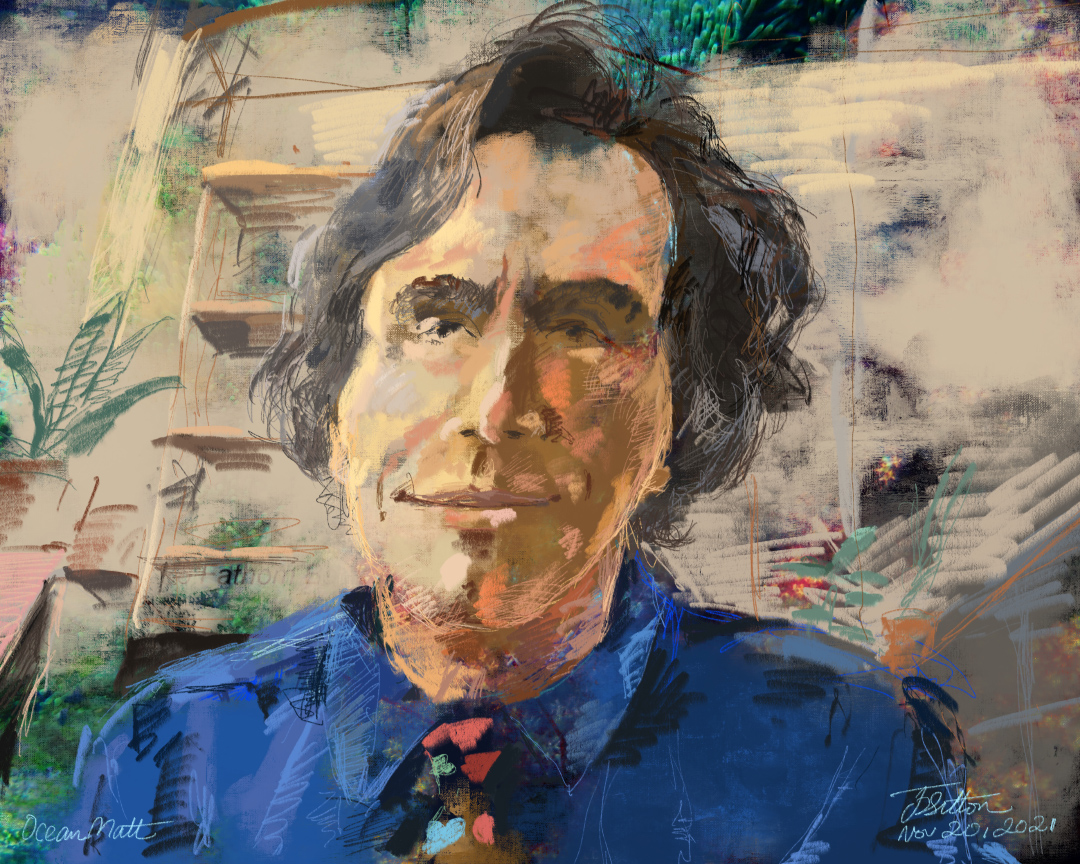 I’m the One Driving this Life, so Who Else is Gonna Toot my Horn

I call myself a mutt; a mixed breed of Euro-ethnicities from the Emerald Isle, the Alsace, and the Mediterranean shoreline of Croatia. But why ‘OceanMutt’? Unlike the uniquely talented yet often temperamental pedigrees, a mutt is easy to please, and wishes to do the same. That defines a large part of my emotional fabric, along with the aptitude for being a ‘jack’ of many trades yet a master of none.

I grew up in the village of Brown Deer, a suburb of Milwaukee, Wisconsin. I was raised strictly Catholic, and was sent to a parochial school for 12 straight years. Little wonder that a boy of my mischievous wanderlust would have difficulty conforming to the rules of religious doctrine, and the confinements of a faith-based curriculum. In spite of my early conflicts with authority and bewilderment with the catechism of Christ, I enjoyed the fanfare and theatricality of the religious services. Being naturally motivated and curious, I became an acolyte of the church, assisting the priests performing mass. I set up an altar in my room, dressed in full ‘high priest’ regalia, and said mass for the family. All that came to a crashing halt upon my first true epiphany at the age of 12. In eigth grade I suddenly realized that the dogma of the church, except for the call to do good deeds, was a fallacy. At the same time, I became aware that the real reason I liked playing priest was that it was theatrical, and that I could get away with wearing outlandish colorful ‘vestments’.

I toted my yoke of rebelliousness into high school, where I kept my ‘Teddy Boy’, Mod, and Beatle outfits in my locker. I had to fight my way into a truce with the jock crowd, and eventually made the track team, not so much as a way to find acceptance from my peers, but because I loved running, and sports in general. By senior year, I had found the ‘Cause’ to go with my rebellious spirit as the Hippie and Antiwar Political Movements merged. This resulted in a radical shift of my ideology; I was now a proud part of The Counterculture. My identity had been validated. I could be myself and express myself in public, feeling confident that I was on the side of right, not the conservative socio-political right wing, but the morally, ethically, creatively, and ecstatically right. As author Tom Wolfe aptly stated, it was the time of Radical Chic, and that was about as chic as I ever got. The year was 1970, and four students at Kent State University were killed by the National Guard while protesting the escalation of the Vietnam War. I joined forces by spearheading a student strike at my high school that escalated into a walkout that led us to the University of Wisconsin where a large coalition of passionate protesters had ‘Shut it Down’. I rejected high-school graduation, left home, and found a new home and community in the lower east side hippie haven of Milwaukee. There I teamed up with some older radicalized Vietnam Veteran students at the now ‘liberated’ UW campus, and migrated to Washington DC for the massive protests there.

Toward the end of this personal ‘Summer of Love’ my parents sent my sister to arrange a truce; they would fund a trip to Europe with her if I would move back home and sign up for college. I loved my family, so that seemed to me to be a good way to mend our differences. In addition, the university was where all the action was, so off I went on a life expanding journey through Western Europe, followed by 3 years of pre-med undergraduate work at UW.

With one year to go before graduation, and a civil service job as a medical technologist, I could no longer resist my wanderlust. I had read Alan Watt’s The Taboo Against Knowing Who You Are, Tom Wolfe’s Electric Kool-aid Acid Test, and the Digger manifesto Mutants Commune. Empowered by this new self-awareness and desire to improve myself and society, I hopped on my self-propelled bicycle and headed west, aimlessly heading for San Francisco. Six months later, after an epic journey that saw me dovetail with the first Rainbow Family Gathering and nearly losing my life several times, I stumbled upon the Kaliflower Commune in San Francisco. With that group of equally idealistic comrades, that’s where I stayed for the next five years.

During that time, our Free Print Shop published an inter-communal newspaper that we hand delivered to 400 communes in the City. We culminated that experience by publishing a book of illustrated articles detailing the methodology for starting and maintaining a truly communal experience. In addition to learning the fine arts of printing and photography, during my time in the commune I discovered the myriad joys, trials and complexities of living together as a tightly-knit tribal group.

While in the commune I went to see the Russian Gymnastics team on tour. My girlfriend in high school was a cheerleader; she had taught me to do a back flip, and I immediately loved getting upside down. Once I saw Nikolai Andrianov, Olga Korbut, and Ludmilla Turischeva being the best acrobatic primates ever, I was hooked. I spent the next 25 years doing acrobatics, teaching gymnastics, and clowning with the ‘Cirque du Dirt’ radical ecological theatre group. Being long and lanky, I was always a mediocre gymnast, but I found my niche in the sport doing theatrical acrobatics. I did my last back handspring tumbling pass on my 45th birthday, making a conscious decision to stop before an inevitable career-ending injury. I continued flipping however, both on the trampoline and into water off of diving boards, platforms, and cliffs of the world.

During my tenure as an acrobat and gymnastics coach, I developed two other careers; as a trained Earth scientist, and as a practicing blue-water oceanographer. I rematriculated in the Earth Science department at San Francisco State University, and I bought an ocean worthy sailboat. I started teaching classes in Oceanography, Geology, and Paleontology at SF State in 1999, and still teach a full schedule. Summers are spent largely in the field, either studying Earth history in the Desert Southwest, doing marine research in the Flower Garden Banks of the Gulf of Mexico, or simply sailing the ocean blue from the San Francisco Bay Estuary.

Having given up teaching gymnastics shortly after that memorable 45th birthday, I was worried that I would ‘go to seed’ from inactivity. I joined the PE departments at both San Francisco State University and City College of San Francisco. While taking a variety of classes, such as: swimming, volleyball, tennis and basketball, I tried a non-competitive physical activity, a dance class. I discovered, for the first time in my life, that I was a musician of sorts, my instrument being my body. Dance became a great way for me to engage artistically with music; musicianship for ADHD. I took ballet from Wendy Diamond, modern from Susie Whipp, jazz from Luanna, ballroom from Lucy Yoo, and swing from David Blood. Dance has become my main ‘joie de vivre’. I was fortunate to be invited to perform with David Blood’s swing dance group called the Hotbloods. We have danced to choreography by such distinguished masters as: Carla Heine, Rebecca Shannon, Jean & Bromley, and David Blood himself.

My intention for the future is to remain healthy and coherent so I can continue these life-affirming activities. My goal is to be dancing and riding a bike on my 100th birthday, though it may be a stationary bike and a tango dance. 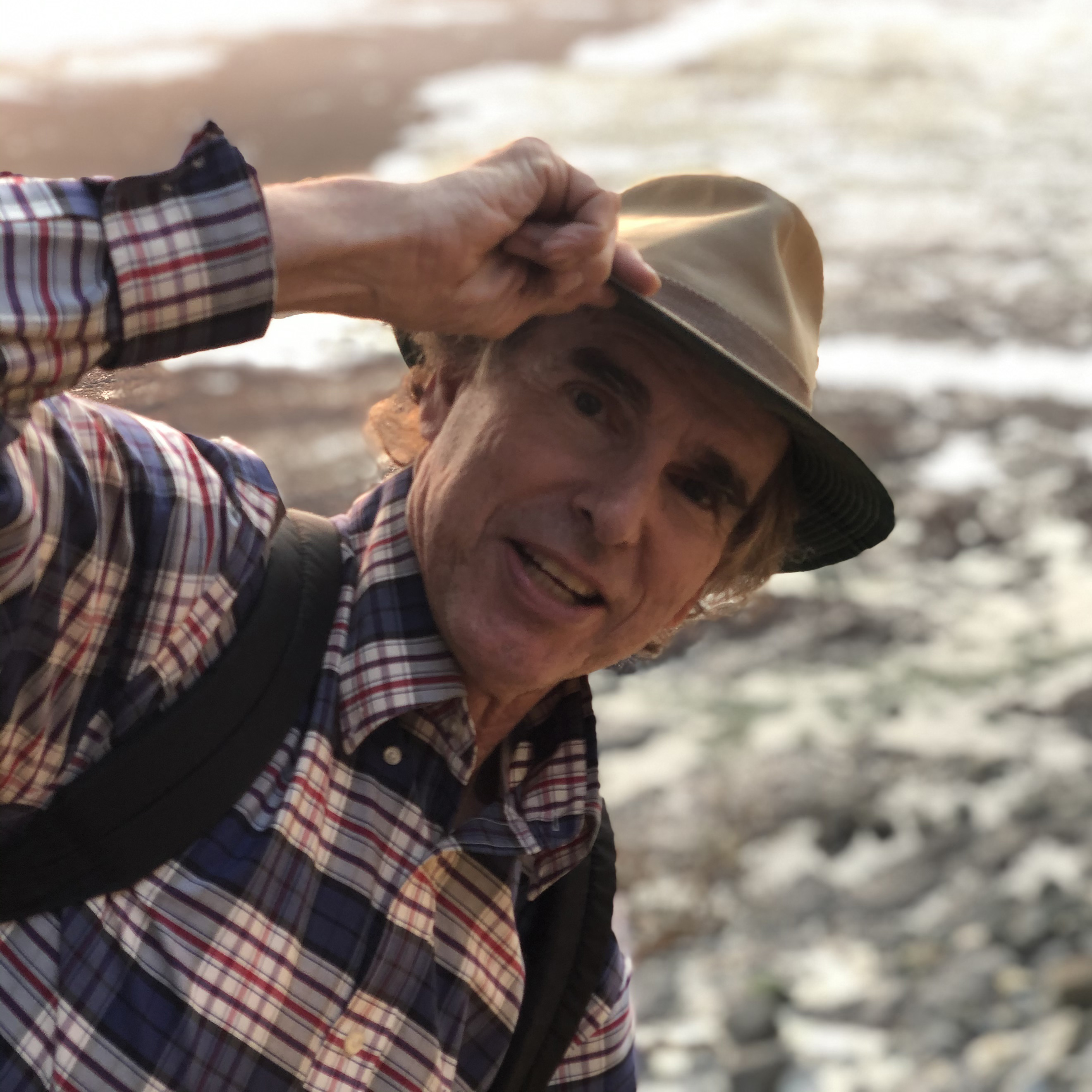