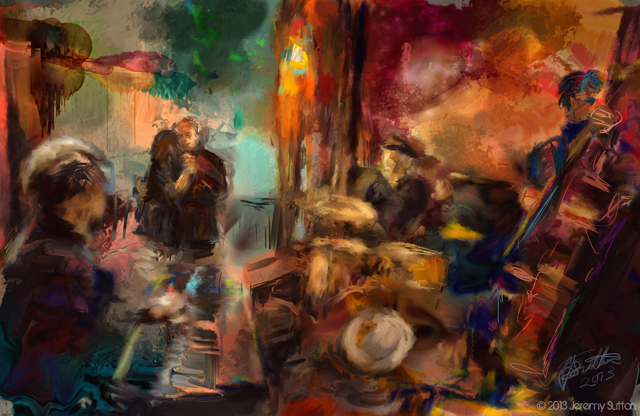 This painting was created as part of my creativeLIVE Intro to Photo Painting: A Creative Approach Using Corel Painter X3 workshop. My inspiration was a photograph (below) that I took of Gwenda and David dancing to the music of the Danny Brown Trio at Bruno’s Pizzeria Cucina on the Fillmore during the Fillmore Vintage Couture Ball. I love the way that Gwenda and David were lost in their own world as they moved to the sublime jazz… hence the title of the painting. Thanks to the Danny Brown Trio, Gwenda (of ArtAmbassador.net) and Dave for their unwitting inspiration! 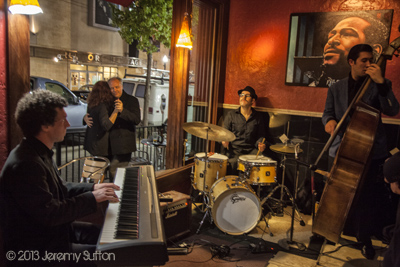 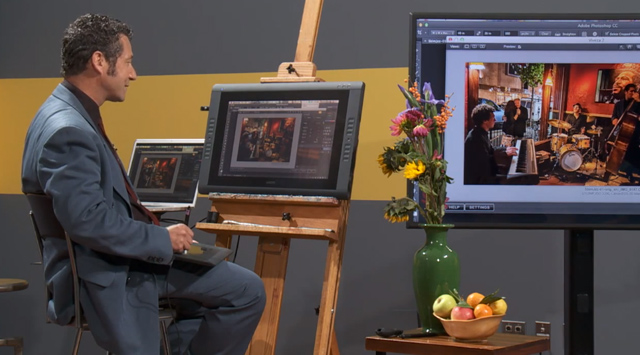 Start of the digital painting on the set of creativeLIVE 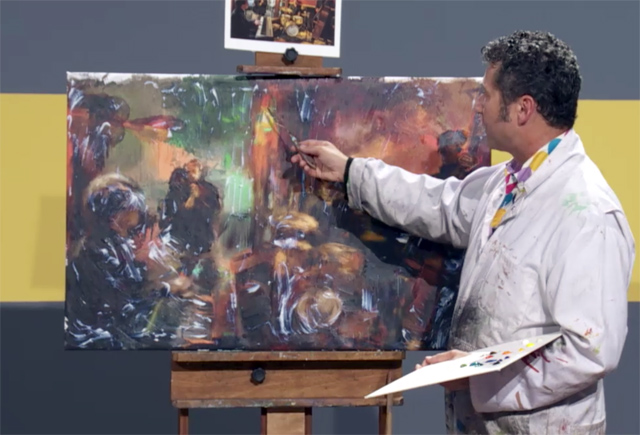 Post-print painting on the set of creativeLIVE

David and Gwenda dancing in front of painting at the Verdi Club, San Francisco, March 2015

David, Gwenda and I in front of painting at the Verdi Club, San Francisco, March 2015