“Art of the Descarga” CD Cover

Posted by jeremysutton on Aug 17, 2020 in Uncategorized | 2 Comments 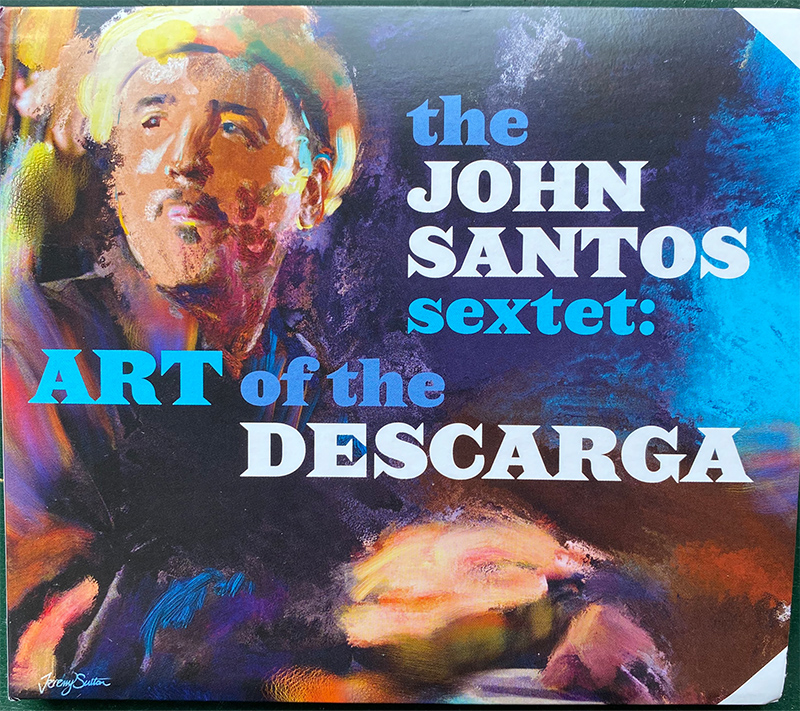 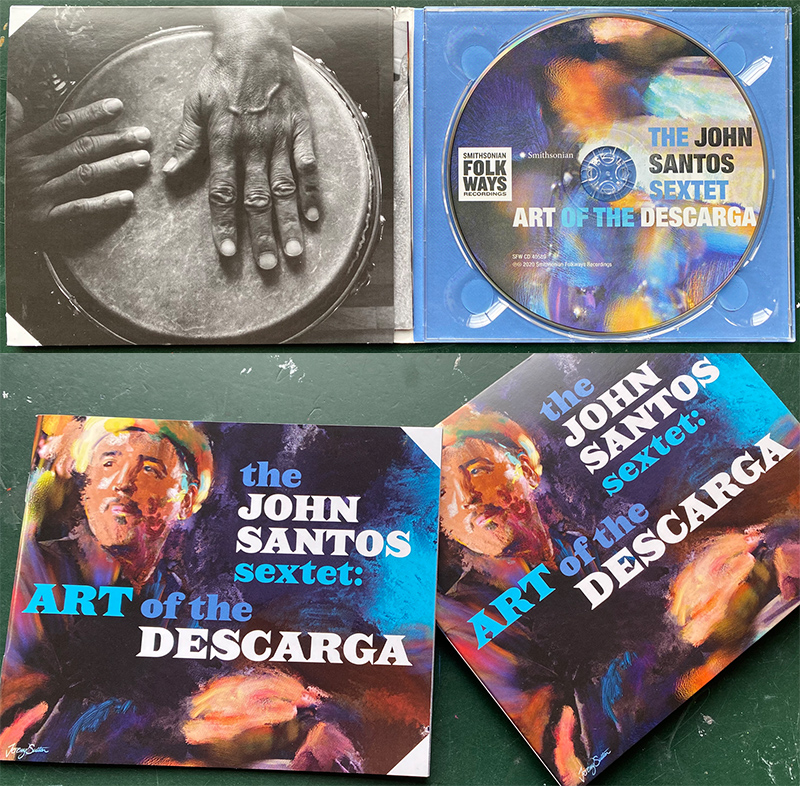 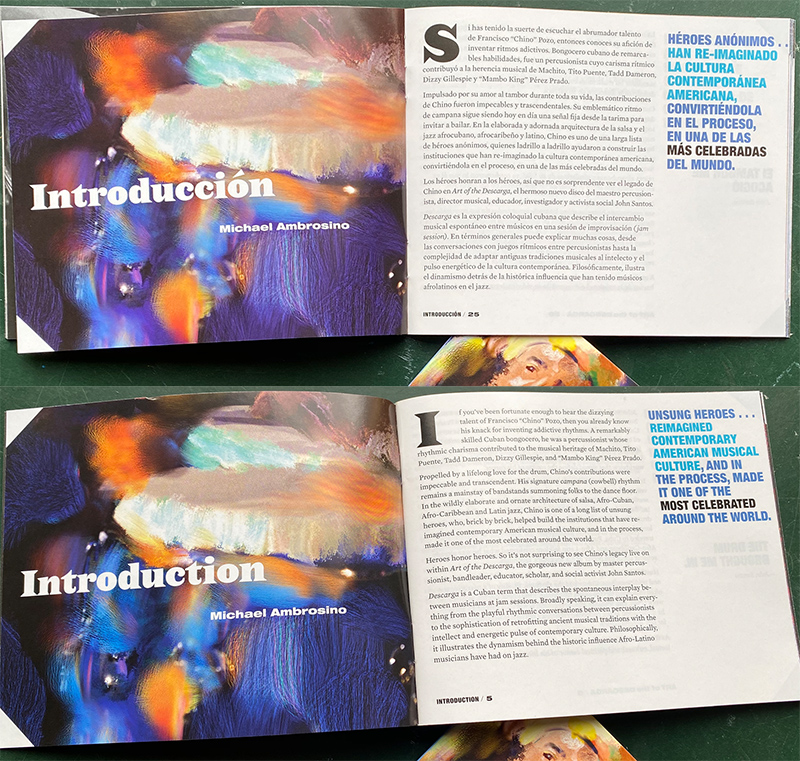 The painting used on this CD is one I created that depicts master percussionist, educator, cultural activist, keeper of the Afro-Caribbean flame steeped in Cuban and Puerto Rican folkloric traditions as well as salsa and Latin jazz, one of SFJAZZ’s first four Resident Artistic Directors, visionary bandleader and noted music historian John Santos playing live at the de Young Museum in 2012. This is The John Santos Sextet’s latest CD, Art of the Descarga (you can also purchase the CD from this link), published by Smithsonian Folkways Recordings. Please read this great Press Release which will give you some interesting background to the album. Many thanks and congratulations to John and his musicians for amazing music, and to Mary and Rick for amazing production, art direction and design! It’s a fabulous CD and I highly recommend it!!

It’s very interesting for me to read about the background to this album and the concept of descarga:
The descarga originated in Cuba as a term for loose jam sessions full of powerful rhythmic interplay and spontaneous group improvisations.
That same concept pervades the way I paint and also, as a Lindy Hop swing dancer, very much the way I dance – always a powerful rhythmic interplay with the music and spontaneous improvisation! 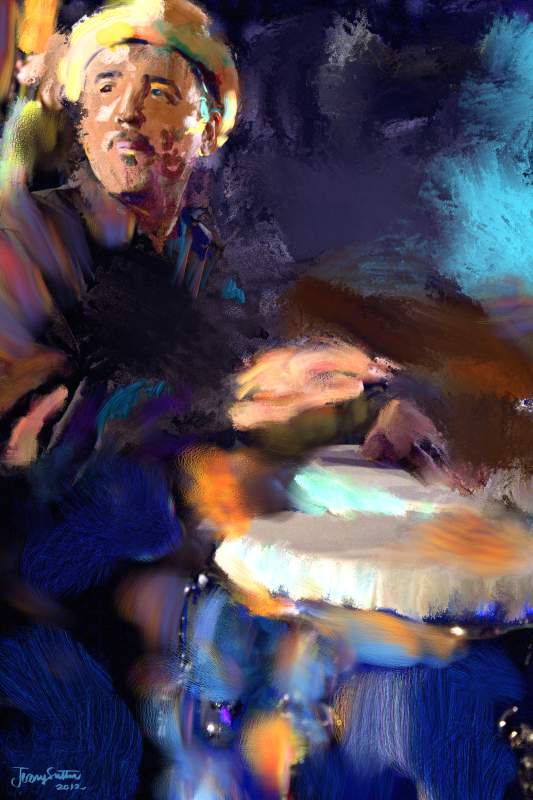 I used Corel Painter, a MacPro and a Wacom Tablet to create this painting. I was performing at the same event at the de Young in 2012, one of their Friday night events, when I took some photos of John Santos in action. His percussion is literally mesmerizing – his rhythms make you want to both watch in awe and move to the groove! I used that inspiration to paint this artwork.